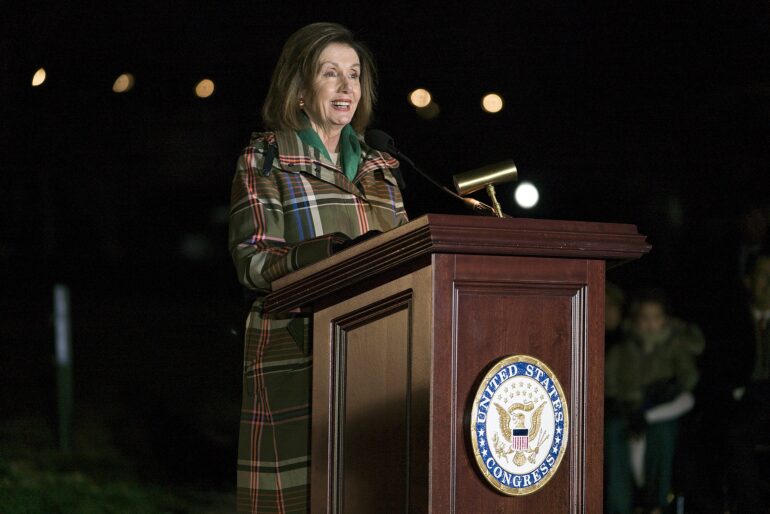 The failures of the House Democratic leadership and Capitol authorities, according to a new report from Reps. Jim Banks (R-IN), Rodney Davis (R-IL), Troy Nehls (R-TX), Jim Jordan (R-OH), and Kelly Armstrong (R-ND), exposed vulnerabilities in the complex on Wednesday in a 141-page investigative report published independently. In addition the report concluded that of the failures on that could be laid directly at the feet of House Speaker Nancy Pelosi.

Pelosi and the Democratic leadership were heavily involved in security decisions, which kept Republican legislators out of crucial gatherings and discussions on House security.

According to the report, Democratic leadership expressed broad apprehension about the “optics” of the American National Guard’s early deployment to guard the grounds.

According to reports, Banks claimed that the paper counters a Democratic narrative that downplays security lapses by the police and political authorities.

Politifact has claimed that on January 6, over 2,000 individuals were involved.

Some of them rushed the Capitol, toppled barriers, and engaged in physical altercations with law enforcement in an effort to prevent Congressional members from certifying the 2020 presidential election results.

About 800 individuals from the large throng, according to authorities, broke into the Capitol’s grounds and building, leaving just over 200 persons who pleaded guilty to one or more counts.

Republican legislators said that after the violence, workers at the House Sergeant at Arms’ office sent Paul Irving, then the acting Sergeant at Arms,’ an email claiming that January 6 was Pelosi’s responsibility.

The study also indicates that the leadership’s misdirected objectives damaged the police attempting to hold the mob back on the frontlines.

The report stands in stark contrast to mainstream media retellings of the events of January 6th, most of which place the blame squarely on former President Trump’s shoulders.