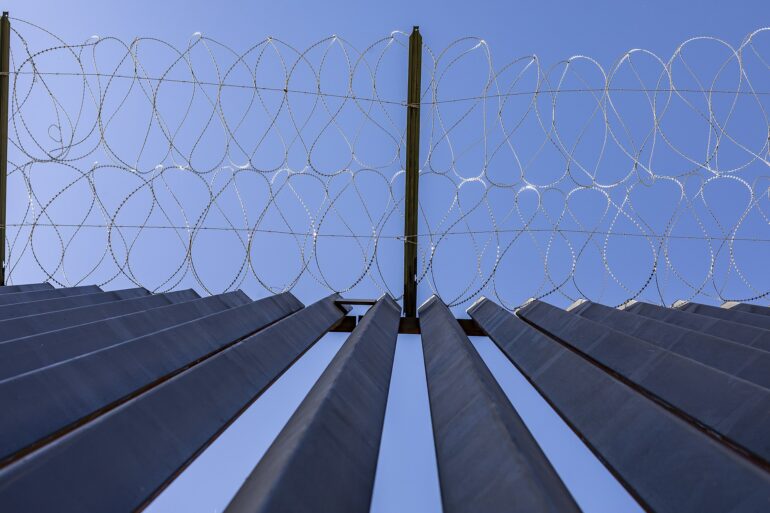 As unprecedented numbers of migrants continue to pour into the area, and NBC News journalist reported her experience there in real time on Tuesday, an unusual move for a reporter working for a liberal news station.

The community in El Paso, Texas, is becoming increasingly overwhelmed by the record-high number of migrants who are crossing the border in desperate circumstances, according to NBC News homeland security correspondent Julia Ainsley, who reported from the scene.

“But really what we’re seeing here is a city that is overwhelmed and in chaos. These families behind me here, these are some of the lucky ones who are inside a shelter, but a lot of shelters are overwhelmed. I just came from the streets this morning. There are hundreds of people sleeping in the airports, at bus stations, on the streets, and it’s actually very cold here. It was 33 degrees when I woke up this morning.” Ainsley said.

Shelters in border towns like El Paso are getting overcrowded with more people than they can accommodate.

The city’s Border Patrol Central Processing Center, which has a capacity of 1,040, accommodated 4,600 migrants.

Following the anticipated expiration of Title 42, a Trump-era regulation that has sent at least 1.7 million migrants home in order to slow the spread of COVID-19, thousands of migrants have been arriving or waiting to enter the United States.

If Title 42 is withdrawn, there would be a “unfathomable” amount of migrants sleeping on the streets, according to a local resident who oversees a migrant shelter.

He urged the federal government to do more to address the challenges faced by migrants.

Ainsley was informed by several migrants that they crossed the border unimpeded and without speaking to border guards.

In fiscal year (FY) 2022, the number of migrants apprehended rose to a new high; Customs and Border Protection reported a total of roughly 2.3 million interactions.