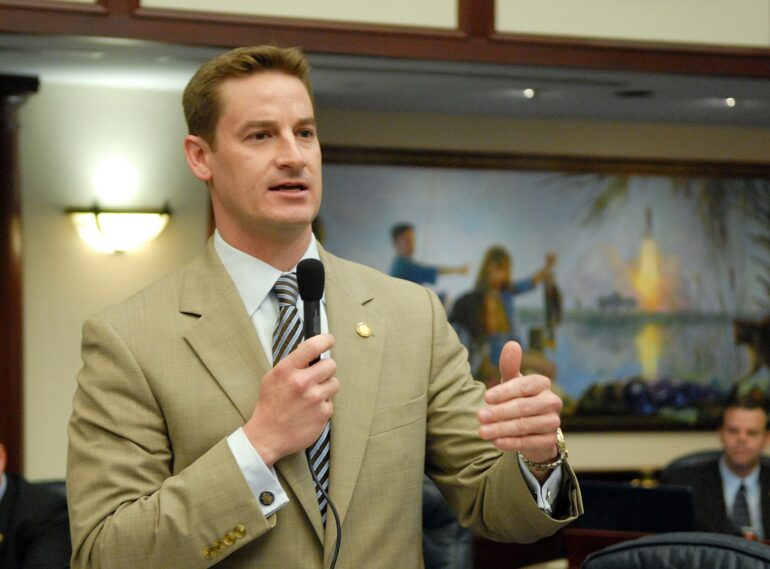 Congressman Greg Steube (R-FL) reportedly provided an update on his health on Monday, following a trip to the Intensive Care Unit following a fall from a ladder outside his Sarasota, Florida, home.

Last Wednesday, Steube was thrown off the ladder and plunged 25 feet to the earth. After seeing the fall and dialing 911, the congressman was transported to the hospital.

Steube posted a photo of himself at home, still wearing a stabilizing brace around his neck, on a couch with his dogs, four days after leaving Sarasota Memorial Hospital, and explained how his recuperation was progressing.

Steube went on to explain that his rehabilitation will likely keep him away from Washington, D.C. for some time, but that he hoped to be as connected and active as possible during his recuperation.

While Steube will most certainly be able to perform some of his duties from home, the Republican-controlled House has ended proxy voting and virtual hearings, which means the congressman will be unable to vote or fully participate in hearings until he is well enough to return to Capitol Hill.

Fox News reported that newly-elected House Speaker Kevin McCarthy had contacted him to notify him of his new committee assignment on the new Select Subcommittee on the Weaponization of the Federal Government.