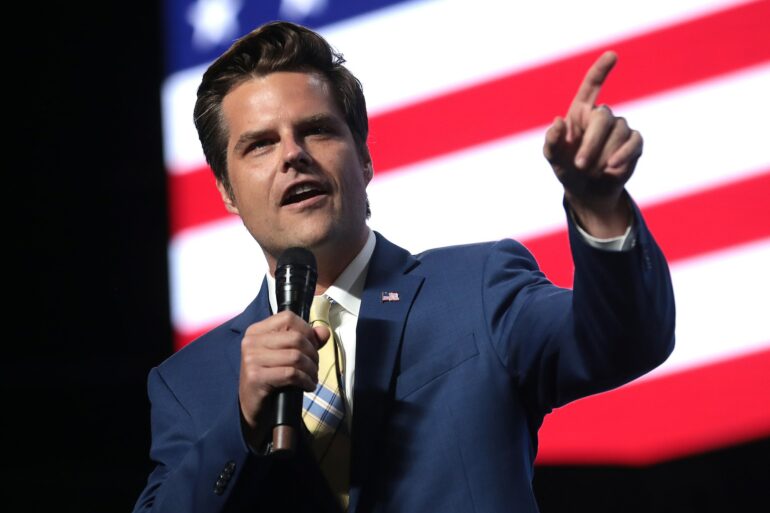 Gaetz, one of a select few GOP members who have publicly opposed McCarthy’s candidacy, claimed that the Californian Republican “had no philosophy” and that he will ultimately cave to leftists.

McCarthy has to get a majority of votes on the floor at the beginning of next month in order to become Speaker.

“Every single Republican in Congress knows that Kevin does not actually believe anything. He has no ideology,” Gaetz claimed.

McCarthy can only afford a few Republican defections due to the GOP’s razor-thin majority, which is below expectations going into the November elections. This empowers conservative firebrands inside the party.

Gaetz called McCarthy “Cavin’ McCarthy,” a member of the GOP who would support liberal ideas, and likened him to former Speaker Paul Ryan.

Gaetz and Greene seldom disagree, but their discussion of McCarthy’s bid for Speaker this week has been accompanied by increased tension

Numerous predictions regarding who would win the Speakership if McCarthy fails have been made as a result of his precarious road to the position, which, due to the opposition of congressmen like Gaetz, is now far from certain

For her part, Greene has consistently argued in favor of McCarthy, stating that since there isn’t a strong alternative, not electing McCarthy would jeopardize the party’s goals.