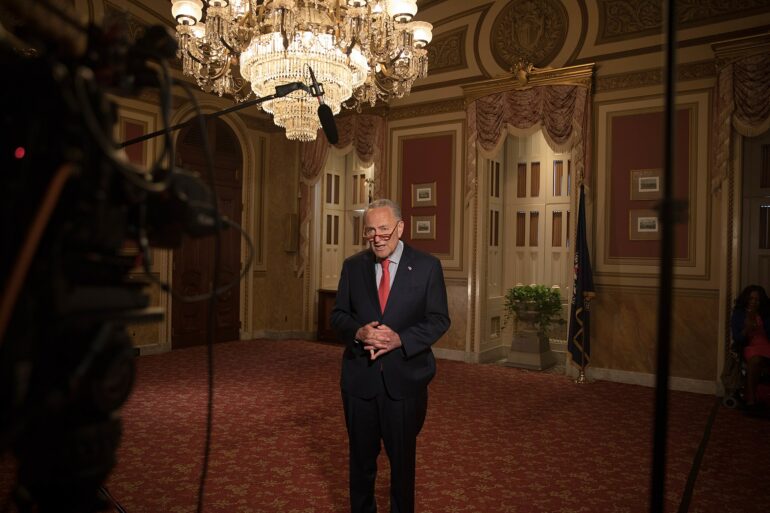 Senate Majority Leader Charles Schumer reportedly announced on Thursday morning that he and his colleagues had achieved an agreement on modifications to the 4,155-page omnibus package, allowing the Senate to pass it later that day and give the House till Friday to take action.

And it appears that independent Senator Kyrsten Sinema of Arizona may be able to save him. Sinema introduced an amendment on Thursday that would increase border funding, provide more resources for border communities, and extend the Title 42 health policy, which expedites the deportation of people who are seeking asylum in the United States.

Unless the Biden administration reinstates the Trump administration’s Title 42 policy, Sinema’s amendment could provide political cover for moderate Democrats to vote against a measure sponsored by Sen. Mike Lee (R-Utah) that would cut funding for the office of Homeland Security Secretary Alejandro Mayorkas.

Democrats claim that if the omnibus bill passes the Senate, Lee’s amendment will kill it in the House.

Senators and staff tried to achieve an agreement on changes until 2 a.m., according to Schumer, who indicated on the floor that they were unsuccessful.

Then, shortly before 10 a.m., Senator Chuck Schumer revealed a compromise with Republicans to put up for a vote a group of 15 changes, giving the Senate a chance to pass the $1.7 trillion omnibus later that day.

The House would then have the opportunity to vote on Friday to submit the bill to President Biden.

After leaving the Democratic Party earlier this month, Sinema showed she could still be a dealmaker by stepping in to end the Title 42 impasse, which was threatening to derailed the entire omnibus.