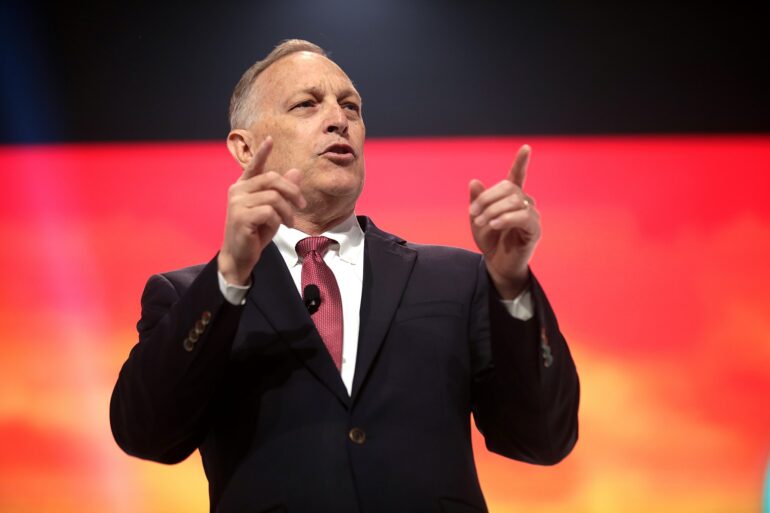 McCarthy defeated Biggs for the Republican nomination to become Speaker last month by a vote of 188 to 31.

Biggs, the chairman of the conservative House Freedom Caucus, wrote in a Tuesday opinion article r that more McCarthy’s continued leadership would only solidify the so-called establishment’s “uniparty” control of Congress instead of pushing to advance the interests of the American people.

In spite of extremely disappointing results in the recent midterm elections, Republicans are expected to earn a very small House majority next year.

However it is precisely this tiny majority which puts McCarthy’s speakership at risk, as he will need almost every vote in order to remain in power.

“We cannot let this all too rare opportunity to effectuate structural change pass us by because it is uncomfortable to challenge the Republican candidate who is a creature of the establishment status quo, or because the challenge is accompanied by some minimal risk. We will never defeat or change the status quo, which is taking us to the Leftist’s vision of America, by selecting a status quo candidate as the third most powerful person in the government.” Biggs stated in his article.

McCarthy has stated that, in spite of challenges, he will not seek extra Democratic votes in order to become Speaker.

McCarthy needs a simple majority of legislators to take the gavel; which means that resistance from even a few Republicans may derail his road to the chamber’s top office.

McCarthy, who has been a member of the House since 2007 underlining his willingness to entertain recommendations from rank-and-file members in a letter he sent out in the wake of November’s midterm elections.

Biggs, a member of the House since 2017, stated on Tuesday that McCarthy was betraying former President Donald Trump and urged colleagues to continue to promote the so-called “America First Movement” that Trump pioneered.