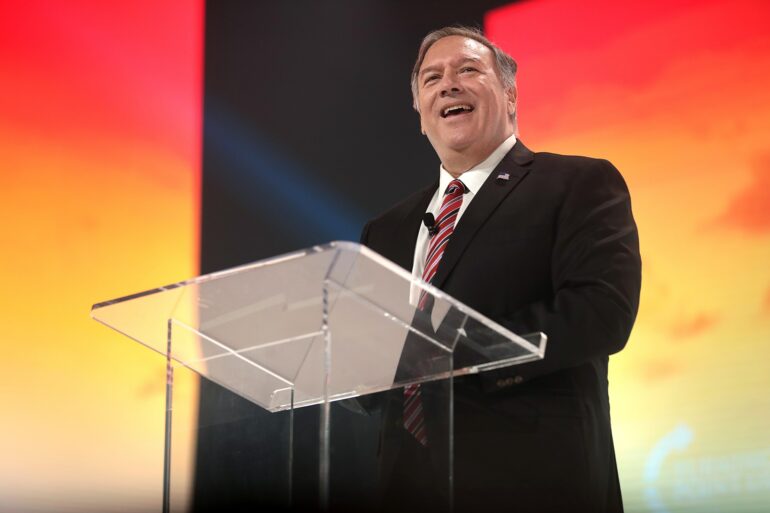 Former Secretary of State Mike Pompeo stated in an interview on Monday that he believes Randi Weingarten, the president of the American Federation of Teachers (AFT), is actually the “most dangerous person in the world,” easily beating out despots like Kim Jung Un.

In an interview with Semafor, Pompeo, who is said to be considering a run for President in 2024, stated that education is one of the most important areas Republicans should focus on, citing his criticism of Weingarten and the existing teaching curriculum in U.S. school systems.

Education was named as one of the most important subjects by Americans during the 2022 midterm election cycle.

“It’s not a close call. If you ask, ‘Who’s the most likely to take this republic down?’ It would be the teachers unions, and the filth that they’re teaching our kids, and the fact that they don’t know math and reading or writing,” Pompeo said.

“If our kids don’t grow up understanding America is an exceptional nation, we’re done. If they think it’s an oppressor class and an oppressed class, if they think the 1619 Project and we were founded on a racist idea — if those are the things people entered the seventh grade [have] deeply embedded in their understanding of America, it’s difficult to understand how Xi Jinping’s claim that America is in decline won’t prove true,” he continued.

He said that some course content, such as critical race theory, which contends that American institutions are essentially racist, was jeopardizing the country’s basis.

Big Government Socialism Is Destroying America. Newt Gingrich Explains How You Can Help Save Us.

Weingarten, the AFT’s president since 2008, has been a vocal supporter of various educational changes, including the deployment of several curriculum that conservative detractors refer to as CRT.