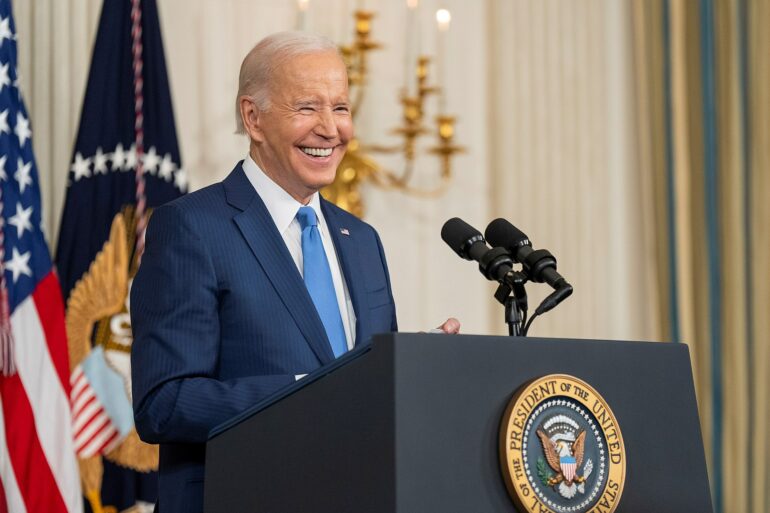 According to a recent USA Today-Ipsos survey, over three-quarters of Democrats now believe President Biden can win re-election in 2024. The new numbers stand in stark contrast to poll results about Biden from before the midterm elections, which saw Republicans massively underperform expectations.

The poll, which was conducted on November 15-16, polled 843 Democratic voters and had a error interval of plus or minus 4.0 percentage points.

The proportion of Democratic voters who feel Biden can win the next presidential election has increased by 11 percentage points since August, when 60% expressed confidence in Biden.

The survey, issued on Sunday, found that Democrats are feeling significantly more positive about Biden after Democrats won unexpected victories in important elections throughout the country, repeatedly defeating Trump-backed candidates in high-profile contests in Pennsylvania, Nevada,

An incumbent president’s party normally suffers significant losses in an off-year election, but Democrats defied history by retaining control of the Senate.

Republicans won control of the House, albeit by a considerably narrower margin than anticipated.

According to the USA Today-Ipsos survey, voters’ perceptions of Biden’s ability to win in 2024 increased significantly among women (from 55% in August to 71% in November) and among voters aged 18-34.

Biden will be 82 years old by the time his second term would begin in 2025, while his potential Republican opponent, former President Trump will be 76.

[READ MORE: Former AG Barr Admits ‘There is a Deep State’ During Interview]