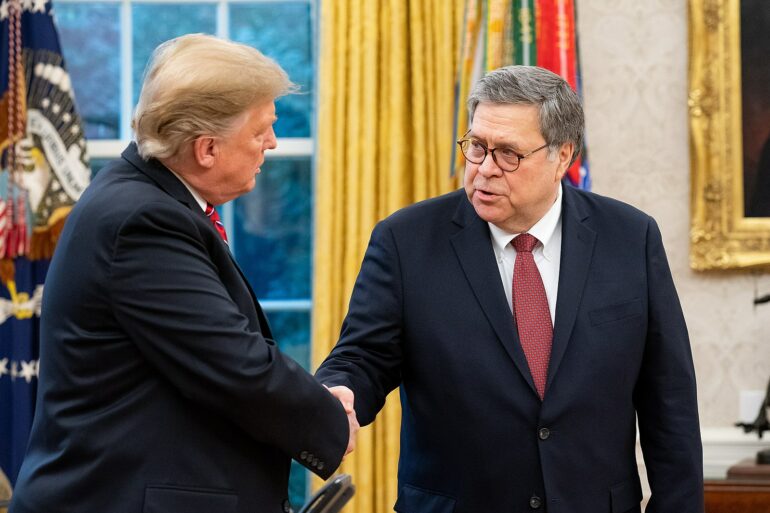 Former AG Barr Admits ‘There is a Deep State’ During Interview

Former Attorney General William Barr stated this week in an interview with PBS that he believes the so-called “deep state” actually does exists and is characterized by those who utilize their positions as civil employees to pursue partisan political goals.

Barr made the statements during an interview with Margaret Hoover on PBS’ “Firing Line.”

When questioned about his first tenure as attorney general in the 1990s under then-President George H.W. Bush, who had previously overseen the CIA before he became president.

“So, you know, I wouldn’t take what he said to say, ‘Well, gee, you know, the people who were saying there’s a Deep State today are, you know, are wrong,’ right? There is a deep state.” Barr said.

“I am critical of the Deep State and believe it exists.” Barr continued.

“The way I would define the deep state is an increased willingness by more and more government civil servants to pursue political objectives, rather than stand up for the values of the institution they’re a part of. They are not neutral. They’re not politically neutral. But on the other side of the ledger, okay, is that I think there’s an exaggeration of its pervasiveness. It’s bad. It does pervert government. But I still think the vast majority of civil servants try to do an honest job and try to check their politics at the door.” Barr added.

Barr’s admission of the existence of an American deep state are noteworthy considering his many years of government service and status as a longtime Washington insider.

Barr has since come out and criticized his former boss, former President Trump, since his time serving as Trump’s Attorney General.