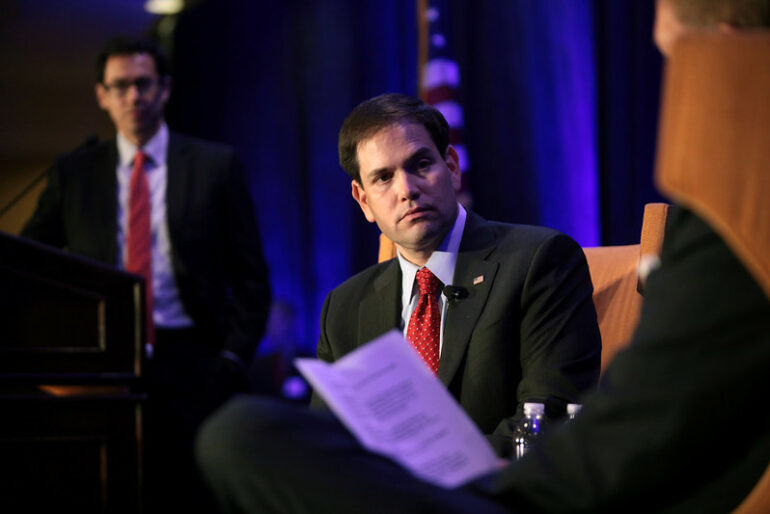 Senator Marco Rubio (R-FL) revealed the details of a harrowing incident involving of his campaign canvassers on Monday.

According to a post he made on the social media platform Twitter, one of Rubio’s campaign canvassers was brutally attacked by a group of four unidentified men who told him that Republicans weren’t allowed in their neighborhood.

The canvasser suffered a broken jaw, internal bleeding and will now require extensive facial reconstructive surgery after the savage and unprovoked attack.

According to the post, the canvasser was wearing a DeSantis hat and a Marco Rubio T-Shirt at the time of the attack.

So far no suspects have been named and it is unclear whether or not the police have been contacted in the matter.

Political violence has increasingly become the norm in America, with far-left elements in particular launching random assaults on conservatives and Trump supporters with regularity in the years since 2016.