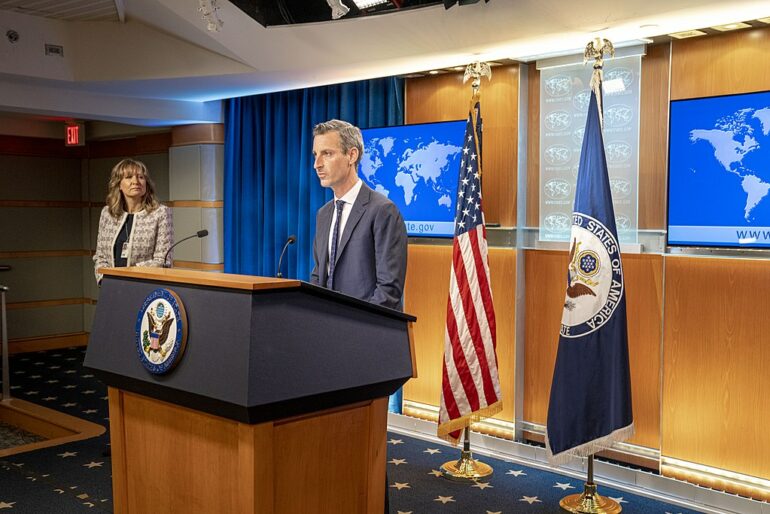 The Biden State Department granted a Visa to enter the United States to President Sayyid Ebrahim Raisolsadati of Iran.

Raisi was given a Visa to enter the United States to speak at the United Nation General Assembly being held in New York City.

The main issue for MacCallum was that Raisi was allowed into the United States following the killing of Mahsa Amini, a 22-year-old sctivist.

MacCallum asked Price: “One U.S. activist, Masih Alinejad, who we have spoken to a lot, she is saying to President Biden, ‘Where are you @JoeBiden? You gave a visa to #MahsaAmini’s killer and the murderer of millions of Iranians but are totally silent about the brutality of Raisi’s regime against ongoing protests in Iran.’ She goes on on that. So what do you say to that?”

She then pressed him further, “The question is why is he allowed into the United States and why are you at the negotiating table with this leadership that is carrying out these heinous killings?”

MacCallum didn’t stop there. During the segment she pressed Price on Biden’s failures at the southern border.

[READ NEXT: Migrants Dropped off at Kamala Harris’s Residence]