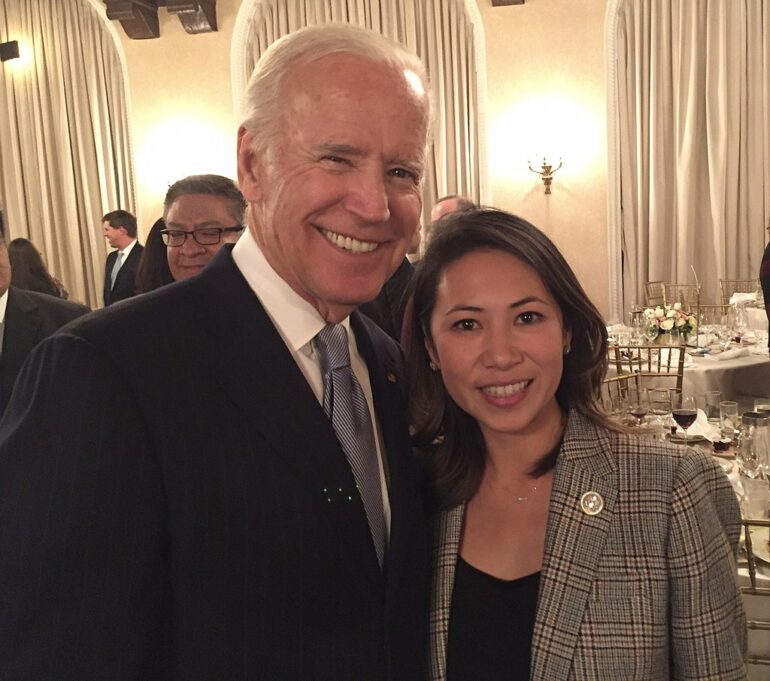 It was so great to run into Vice President @JoeBiden tonight - a proven fighter for families. We're going to miss you #UncleJoe! #FL07 [Photo Credit: Office of Congresswoman Stephanie Murphy, Public domain, via Wikimedia Commons]
Politics

Retiring Democrat Representative, Stephanie Murphy Slams Democrats on Her Way Out the Door

Representative Stephanie Murphy (D, Fla.) is retiring, but she is not done just yet.

The criticism seems to be part warning and part wake-up-call as the Representative slammed leaders in the party for the shift to progressive ideals and the party’s decision to ignore the moderates.

Murphy says that leaders are using progressive groups to attack the moderates in the party. Murphy is a co-chair of the moderate Democrat Blue Dog Coalition, pointed to her experiences after voting for stronger prison sentences for illegal immigrant caught re-entering the country and for her lack of support of the Build Back Better spending package in the House.

The Daily Caller notes, “We had environmental groups that were calling us before the legislation text for the Build Back Better Act had been put out, calling us saying, “If you don’t support that, we are going to delist you,’” she added. “They couldn’t define it specifically because nobody had seen the text. But we had the text for the infrastructure bill and not a peep out of them advocating for that.”

Interestingly, Murphy slammed the “squad” claiming that they are creating a toxic environment of Democrat infighting and disappointing Americans by promising unicorns and failing to deliver. This failure is causing disappointment and anger towards the Democrats.

[READ NEXT: Schiff Getting a New Job]