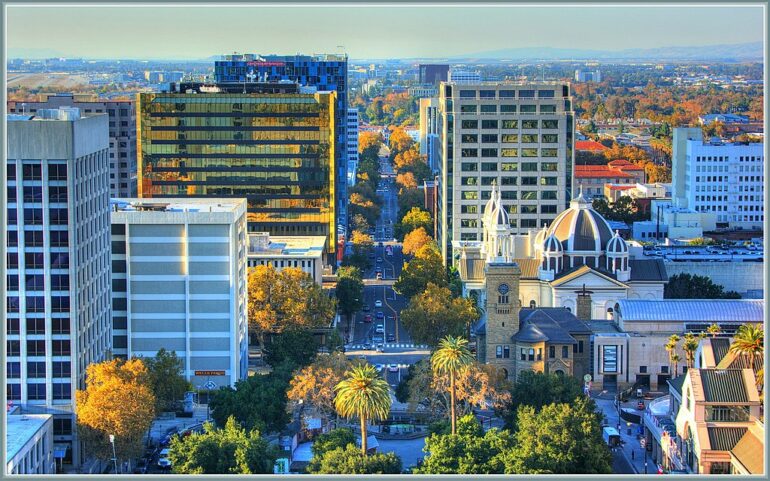 A shot from the roof of the Marriot hotel in downtown San Jose. via Wikimedia Commons
Politics

First of its kind gun ownership requirements will soon be coming to the city of San Jose, California.

The city council voted two times in separate votes to require its residents to pay a fee and carry liability insurance.

The city’s argument is that tax payers subsidize the costs of gun owners in the tune of hundreds of millions of dollars.

San Jose’s Mayor Sam Liccardo is comparing the requirements to that of auto insurance and believes that these requirements will reduce gun violence like car insurance, he claims, reduces traffic fatalities.

Mayor Liccaredo surprisingly acknowledged that the new ordinances will not affect illegal gun owners. However, he does think they will incentivize gun ownership, and reduce the cost of gun violence on taxpayers. Essentially legal gun owners will have to foot the bill for the crimes of illegal gun possessors.

The new ordinance specifically requires gun owners to obtain an insurance policy that specifically covers losses or damages from negligent or accidental firearm use, and also asks gun owners to pay and annual fee to a non-profit organization that the ordinance will establish to distribute funds to other groups who offer services to residents who own a firearm or live with someone who does.

Council member David Cohen claims, “There’s a lot more to gun violence than mass shootings and homicides, and that’s one of the things that gets lost… A large number of incidents are things that happen in the home and what we’re focused on here is to try and reinforce responsible gun ownership.”

Penalties for aboding by the law would include forfeiture of your firearm and/or civil penalties.

There are exemptions however, which include people with financial hardships (how to prove that was not specified), people who who have concealed carry licenses, and police officers to include active reserves and retired officers.

Gun ownership has risen during the pandemic and American’s sentiment towards stricter gun laws has wanes as violence has increased in conjunction with the defunding of police departments across the country.

A lawsuit is being threatened by the National Association of Gun Rights claiming it is unconstitutional to tax the constitutional right to own a firearm.

The new ordinance will take effect in August.

[READ NEXT: Congress Wants to Ban Lawmakers From Doing This]