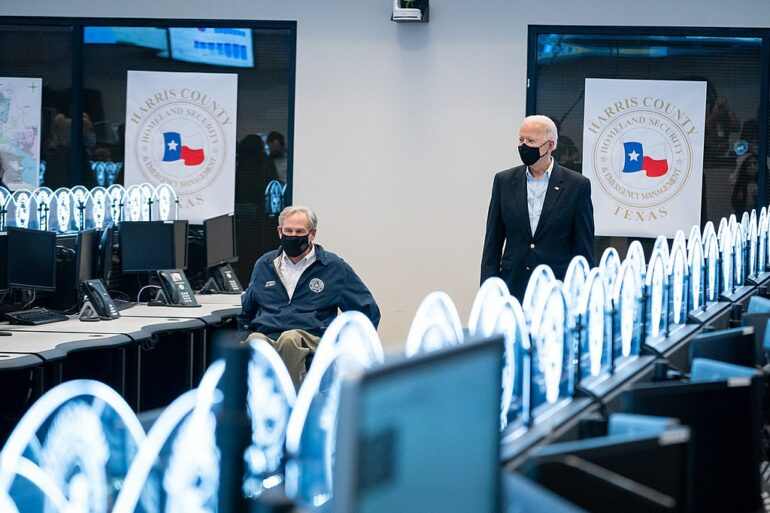 President Joe Biden walks with Texas Gov. Greg Abbott Friday, Feb. 26, 2021, at the Harris County Emergency Operations Center in Houston. (Official White House Photo by Adam Schultz) This official White House photograph is being made available only for publication by news organizations and/or for personal use printing by the subject(s) of the photograph. The photograph may not be manipulated in any way and may not be used in commercial or political materials, advertisements, emails, products, promotions that in any way suggests approval or endorsement of the President, the First Family, or the White House.
Politics

Abbot took the opportunity to remind the Texas National Guard that Joe Biden is not its Commander in Chief.

The lawsuit filed by Texas, states that 40 percent of the force is refusing to get the vaccine and also asserts that Abbot is in fact the Commander in Chief of the Texas National Guard.

The caveat is that the National Guard only becomes federalized only when the president calls them into duty.

The challenge for Texas could go either way, but a similar case in Oklahoma was struck down by a federal judge in that state.