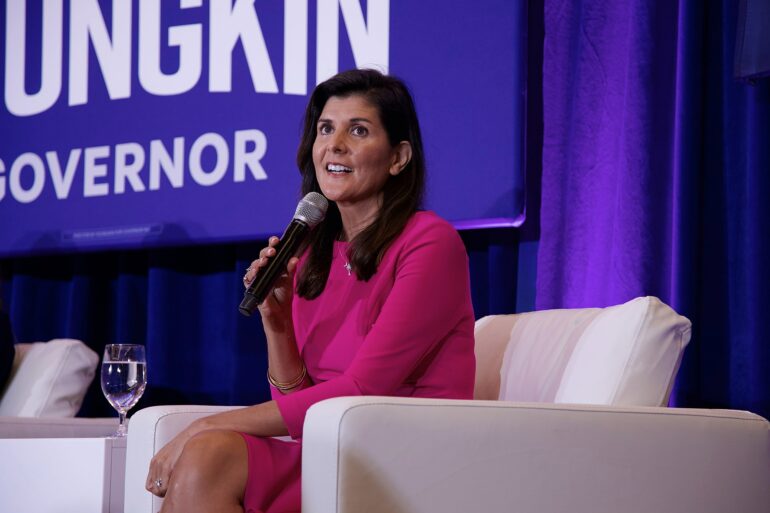 Nikki Haley Claims She Could ‘Be That Leader’ in 2024

Former United Nations Ambassador Nikki Haley reportedly told Fox News in an interview that aired Thursday night that she believes she might be the next President of the United States and is seriously considering it.

Despite claiming last year, that she wouldn’t run if President Trump ran, Haley is now considering a candidacy.

“Well, when you’re looking at a run for president, you look at two things. You first look at, ‘does the current situation push for new?’ The second question is, ‘am I that person that could be that new leader?’ You know, on the first question, you can look all across the board, domestic, foreign policy. You can look at, you know, inflation going up, economy shrinking, government getting bigger, you know, small business owners not being able to pay their rent. Big businesses getting these bailouts, all of these things warrant the fact that, yes, we need to go in a new direction,” she said.

“So do I think I could be that leader? Yes, But we are still working through things and we’ll figure it out. I’ve never lost a race. I said that then I still say that now. I’m not going to lose now,” she continued.

Haley, 51, then outlined her professional accomplishments, claiming that as governor, she took on a struggling state and transformed it into one of the best in the Southeast. Then, as UN ambassador, she claimed she defended the US when it was being denigrated around the world.

Haley also stated that younger politicians should run for office.

Haley was President Donald Trump’s ambassador to the United Nations for the first two years of his term, from 2017 to 2018.

While Haley has frequently complimented Trump, she has also been critical of him.

If Haley runs for president, she will confront her old employer in the Republican primary. Trump declared a third presidential run in November.

Haley was the governor of South Carolina from 2011 to 2017, before to joining the federal administration. She formerly had a seat in the state House of Representatives.