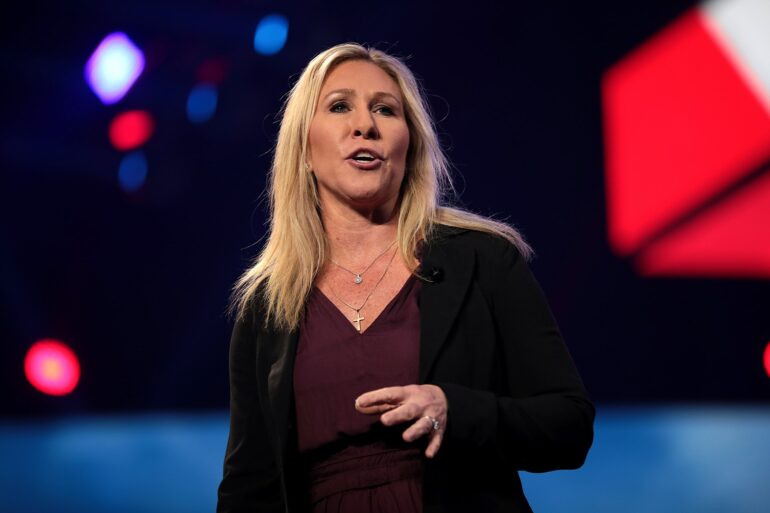 Gaetz complimented Greene on her appointments to the House Homeland Security and Oversight Committees, which she had been removed from under the Democratic control.

Greene responded by slamming Gaetz, accusing him of dragging the Republican caucus down with his opposition to McCarthy’s Speakership and garnering no substantive gains from the struggle, except than reducing the bar for a “motion to vacate” (MTV) the Speaker’s chair.

McCarthy made many concessions to GOP holdouts in his effort to become speaker, including permitting only one member to submit a motion to vacate – a move to oust the speaker — down from five members under a prior agreement.

Greene and Gaetz, both erstwhile Trump loyalists, clashed during the Speaker vote, with Greene supporting McCarthy and Gaetz heading a group of hard-line rebels against him.

Gaetz argued on Twitter with Greene that holdouts got “a couple other things” in the speaker struggle, but Greene refuted his claims.

Greene’s committee memberships were first withdrawn in February 2021 owing to what Democrats claimed was her promotion of dangerous conspiracy theories and encouragement of violence.