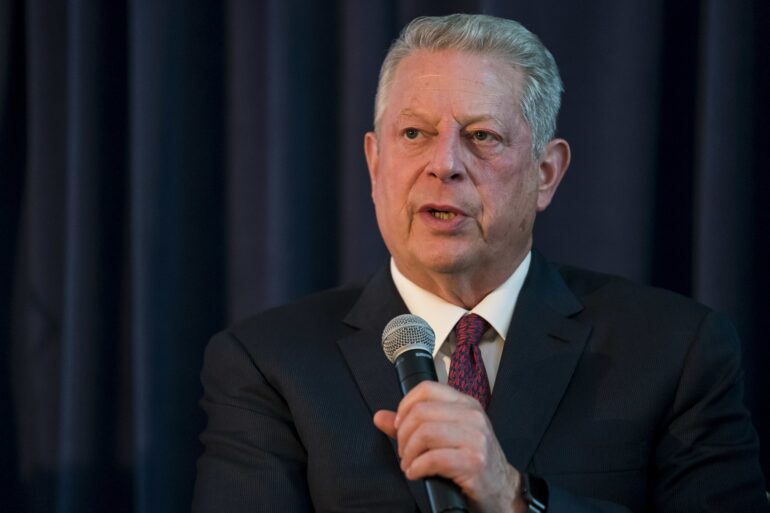 In an angry rant at the conference, the former Democratic presidential candidate claimed that carbon emissions are pushing the temperature of the troposphere, the part of the atmosphere that holds oxygen, to unsustainable levels.

He said that rising emissions are connected to severe weather occurrences and what seems to be ocean boiling.

Last year, speculation swirled that President Joe Biden might choose Gore as the future chief of the international financial organization.

Gore, who served in former President Bill Clinton’s administration, also decried Greta Thunberg’s alleged detention after she and other activists protested the construction of a coal mine in Germany.

“We’ve heard about divides at this conference between the north and south, and the east and west. There’s another divide, increasingly, between those who are old enough to be in positions of power and the young people of this world. Greta Thunberg was just arrested in Germany. I agree with her efforts to stop that coal mine. Young people around the world are looking at what we’re doing.” Gore said.

The 20-year-old was initially photographed smiling as German police picked her up and carried her away; however, video later emerged showing the police effectively allowing the media to photograph and film Thunberg before removing her from the area, prompting accusations that the detention was a publicity stunt.

Climate policy has been a prominent issue at this year’s World Economic Forum meeting, despite the fact that Russia’s invasion of Ukraine has strained global energy supplies.