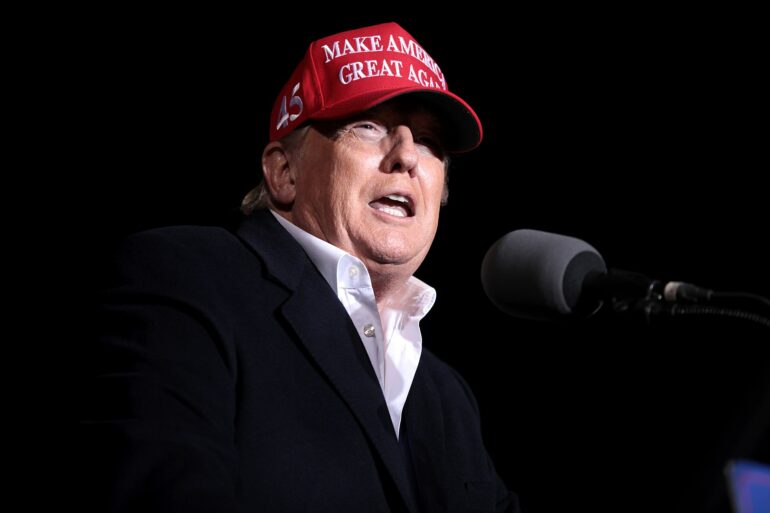 Trump Speaks Out On Possible Challenge From DeSantis

During an interview with David Brody on “The Water Cooler” on Monday, Trump was asked if it would be a “bad move” for DeSantis to jump into the presidential race.

The Florida governor has not officially announced a White House bid, as Trump has, but it’s been widely speculated he is considering joining the GOP primary.

“So you know, now I hear he might want to run against me. So we’ll handle that the way I handle things,” Trump said, somewhat ominiously.

DeSantis’s prominence has increased further since he was re-elected by 19 points in November, a landslide victory for the Florida Republican that party members regarded as a silver lining in an otherwise terrible midterm election night for Republicans.

Meanwhile, several of Trump’s supporters lost their general election campaigns, prompting party members to ask if the former president still has clout with voters and the party.