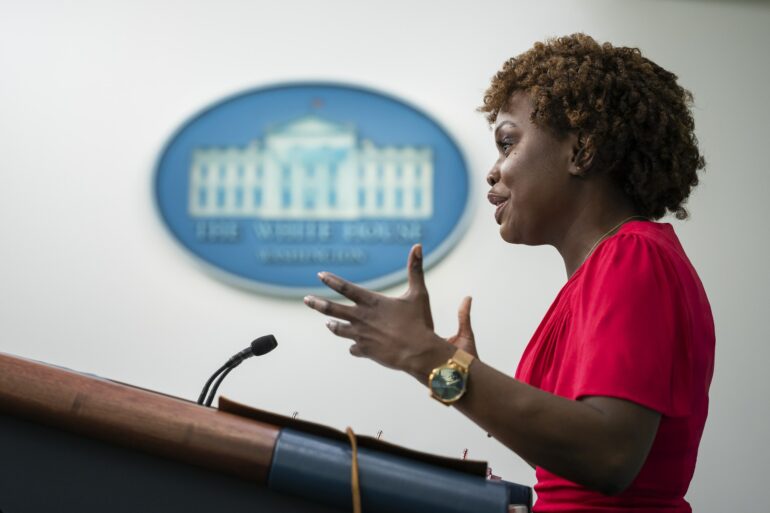 Jean-Pierre has routinely answered reporters’ queries, including CBS’ Ed O’Keefe, who questioned Wednesday why the material was only recently made public.

Jean-Pierre responded, saying that she would refuse to ‘go beyond’ what President Biden had already said.

Barnett and Zak then unleashed a torrent on criticism on Jean Pierre over her lack of straight answers:

“For a second straight day now, the White House struggling to answer any questions related to classified documents discovered at locations associated with President Biden, citing Karine Jean-Pierre there, the press secretary, simply reading a statement, where she says the president was surprised by the discovery, takes this matter very seriously, the documents were inadvertently misplaced and he doesn’t know what’s in them. But Lana, we’ve been listening here. She has not answered a single question, outside of a prewritten statement by the president’s lawyers.” Barnett said.

“Exactly. And continuing then to say the same thing again and again. Even in response to very simple questions about the timeline, about the specific location, clarifying questions, and continuing to use the word ‘transparent’ and saying that they did things in a transparent manner.” Zak then added.

The records were discovered on November 2 at the Penn Biden Center, a Washington, D.C.-based think tank.

Several of the secret documents were said to contain information about Ukraine, Iran, and the United Kingdom.

Biden was allegedly unaware the records had been discovered until the White House counsel’s office informed him.

A second set of paperwork was later located at his house in Wilmington, Delaware.

Attorney General Merrick Garland announced on Thursday the appointment of a special counsel to investigate the materials.