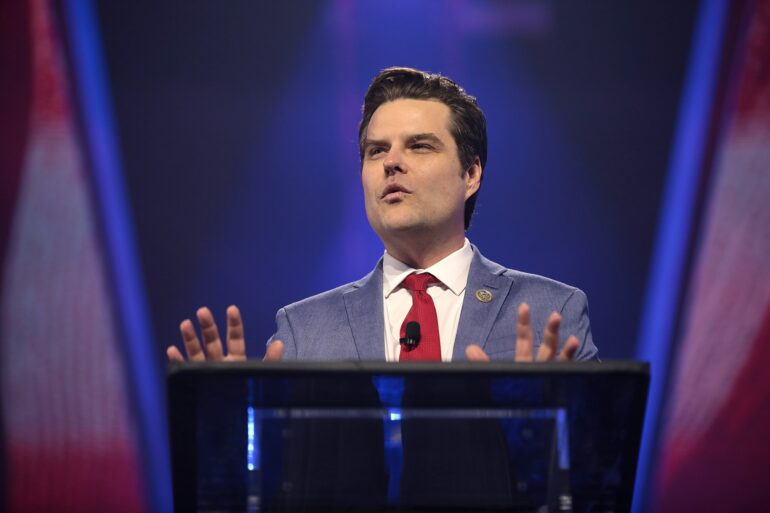 Matt Gaetz Claims he Will Resign If McCarthy Wins Speakership

Florida’s hotshot Rep. Matt Gaetz, who is at the forefront of a GOP faction’s effort to prevent Rep. Kevin McCarthy (R-CA) from becoming House speaker, reportedly stated Thursday on Fox News that he will quit if Democrats come to McCarthy’s help, and he also took a shot at former President Donald Trump.

Gaetz is one of 20 Republicans who have so far declined to vote for McCarthy to succeed Nancy Pelosi as speaker after the GOP won a small majority in the midterm elections.

McCarthy failed to secure the requisite 218 votes to take the post for the 11th time on Thursday.

While some holdouts have shown a readiness to support McCarthy in return for concessions, Gaetz has stated that he would not modify his vote.

The dig at Trump was atypical of Gaetz, who has consistently supported the 45th president and even voted for him to be speaker during two votes on Thursday.

However, with Trump endorsing McCarthy for speaker, Gaetz accused the 2024 contender of having a blind spot when it comes to personnel issues.

Up to 20 other Republicans, including Rep. Lauren Boebert have joined in Gaetz quest to prevent McCarthy from obtaining the speakership.