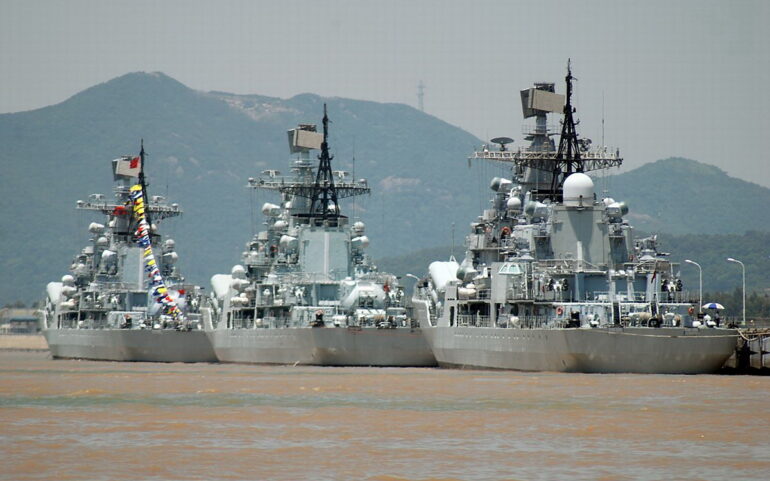 Moscow continues to be shunned by the international community due to its involvement in the Ukrainian conflict.

The Russian Pacific Fleet dispatched a Varyag missile cruiser, the Marshal Shaposhnikov destroyer, and two corvettes, while China contributed two destroyers, a diesel submarine, and a number of other ships for the Wednesday-starting maneuvers.

The military exercise, which included fire drills and anti-submarine maneuvers and was scheduled to continue a week, also included Chinese and Russian aircraft, according to the Russian Defense Ministry.

Since Russia’s initial strike on Ukraine on February 24, which resulted in widespread criticism and severe sanctions aimed at destroying Russia’s economy, Moscow and Beijing have increased their military collaboration.

While Moscow has supported Beijing as tensions between it and the United States over Taiwan have risen, China has so far refrained from criticizing Russia for the incursion and has criticized the Western sanctions.

Over the last year, Russia and China have also conducted many military exercises, including one in May during which the two nations flew nuclear-capable bombers as President Biden was in Japan.

Then, in September, more than 2,000 Chinese soldiers, hundreds of military vehicles, combat planes, and warships participated in a large-scale joint exercise.