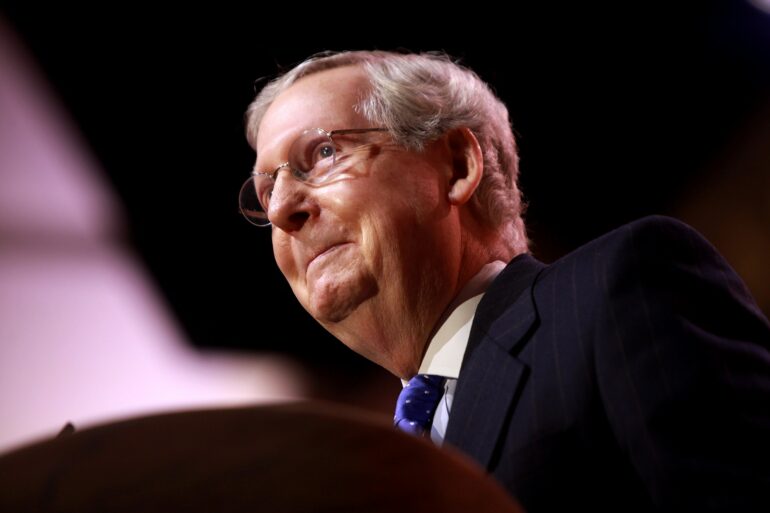 Senate Minority Leader Mitch McConnell warned on Tuesday that a stopgap financing agreement that would be designed to fund the government through January may now be required as negotiations on a long-term spending measure continue to little avail.

McConnell’s remarks come a day after House Minority Leader Kevin McCarthy (R-Calif.) urged McConnell and Republicans to postpone negotiations on an omnibus spending bill until House Republicans manage to recapture the majority in January when the new congress is sworn in.

According to McConnell, the immediate priority should be to enact the yearly National Defense Authorization Act (NDAA) before anything else.

A final NDAA bill was scheduled to be released in recent days, but it has since been postponed as Senators negotiate outstanding issues.

The government’s money is due to run out on December 16 of this year if no action is taken by legislators in the meantime.

Negotiators have discussed approving a one-week continuing resolution until Dec. 23 to allow them more time to complete an omnibus package along with the NDAA before the holidays.

Rep. Hakeem Jeffries (D-NY), the new House Democratic leader, argued immediately after that there is still time to reach an agreement that would prevent delaying the budget struggle until next month.

Leaders of both parties have so-far failed to achieve an agreement on a topline amount for an omnibus spending measure, with Republicans opposing Democrats’ efforts to raise domestic social spending.

In addition, Republicans have claimed that Democrats have already achieved many of their objectives.

Some Republicans look inclined to support an omnibus because it would raise defense spending as well as simultaneously providing cash for Ukraine’s conflict against Russia.