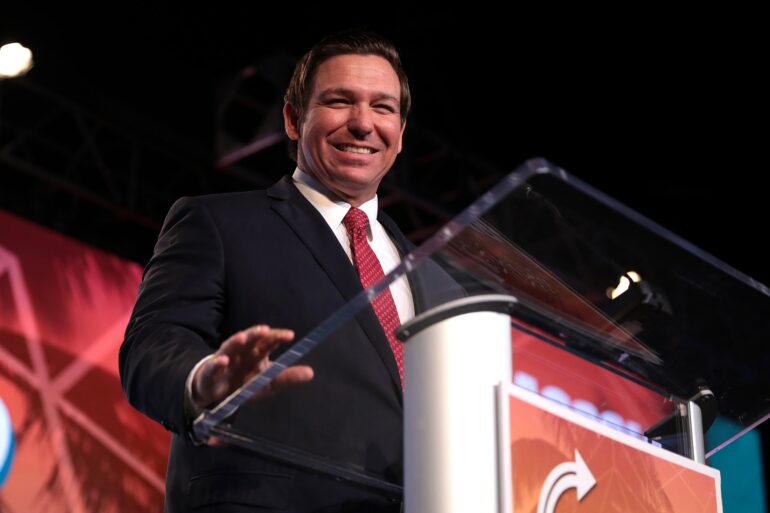 This in spite of the fact that Williams says in the same breath that DeSantis also ‘scares’ him.

Williams emphasized DeSantis’ massive influence this year, which ranged from dominating the cultural war in Florida to gaining more Republican House seats by redrawing Florida’s congressional districts himself, to also managing to transform Florida from a purple state into a deep red state.

“The one politician who stands out at year’s end is Florida Gov. Ron DeSantis (R). His commanding 19-point reelection victory, as well as his success in attracting mega-donors like Ken Griffin, Steve Ross, and Steve Schwarzman ahead of a possible 2024 presidential campaign, make him the past year’s big GOP winner.” Williams wrote.

Even Twitter CEO Elon Musk got in on the action on Friday, stating that if DeSantis decides to run for president in 2024, he will support him.

Musk made the comments on his social media platform in response to a tweet about how the political Left exploded in outrage when he allowed former President Donald Trump to return to the site after he was banned in January 2021.

Williams also went on to point out that DeSantis has been waging, and managing to win, several simultaneous culture wars against liberals in his home state of Florida, a fact that could make him irresistible to Republicans looking to better their odds ahead of the 2024 presidential contest:

“Then there is his love of waging hard-right culture wars, to the point of taking on Disney on gay rights. With his challenge to the corporate giant and iconic Florida employer, DeSantis has made himself into a figure often described by Republicans as ‘Trump without the baggage.'” he added.