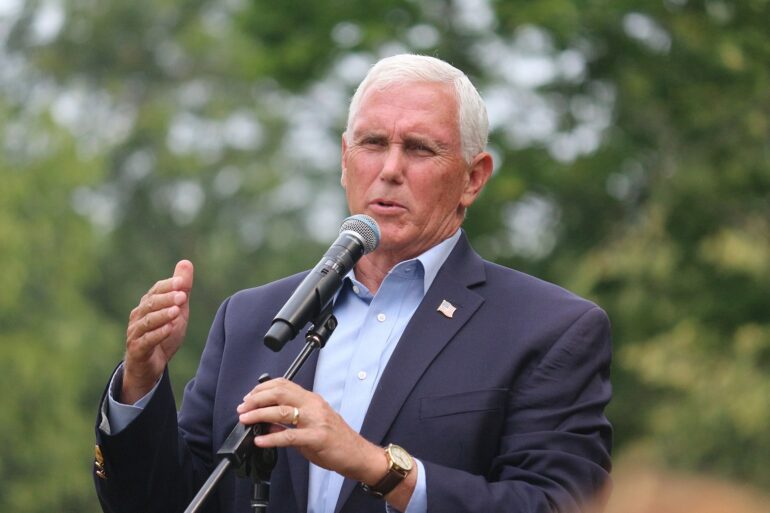 Pence was asked by NewsNation presenter Leland Vittert if hosting a dinner with West and Fuentes, a Holocaust denier and notorious white supremacist, would effective his chances for re-election in 2024. During his answer, Pence called on the former President to apologize for the incident.

“…President Trump was wrong to give a white nationalist, an anti-semite and a Holocaust denier a seat at the table and I think he should apologize for it and he should denounce those individuals and their hateful rhetoric, without qualification.” Pence said.

Pence went on to say that although he believes Trump should apologize for the incident he also doesn’t believe that Trump himself is actually anti-semitic.

“We have to make it very clear, we believe in religious liberty and every American of every political background should speak without hesitation to denounce the message and the language of anti-semitism, white nationalism and we’ll always do that,” he added.

Trump stated after the meal that he “knew nothing about” Fuentes when he arrived at Mar-a-Lago.

For his part, YE, the artist formerly known as Kanye West, had previously been criticized for anti-Semitism after tweeting on Oct. 9 that he was “going death [sic] con” on Jews.

According to initial reports, Fuentes was with West on Trump’s home that day but did not attend the meal with the rapper and former president.