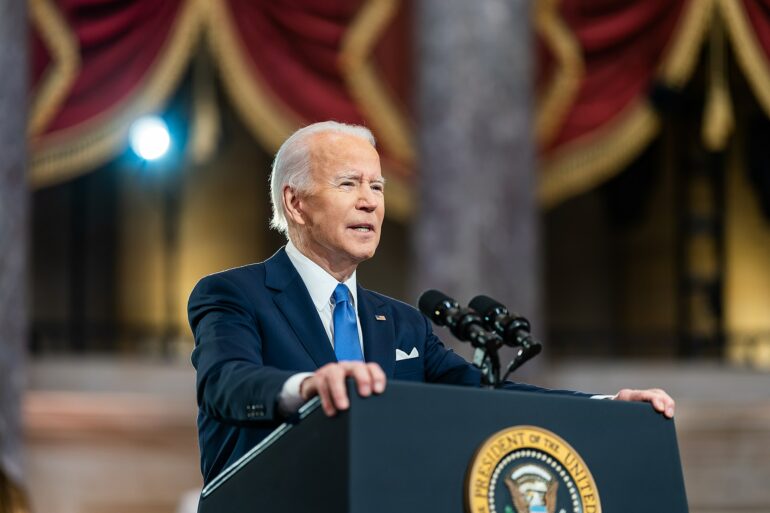 The oil crisis is continuing to make President Joe Biden feel the pinch.

The President is now looking to give a gift to a communist enemy in South America to save his behind, The Daily Wire reports.

A new report indicates that Biden is preparing to grant permission to Chevron to drill oil in Venezuela in an effort to increase global supply and drive down prices.

The move follows Biden getting turned down by Saudi Arabia to drill more oil in the Middle East.

The Biden administration is close to granting a license to Chevron to resume pumping oil in Venezuela, following previous reporting that President Joe Biden would ease sanctions on the socialist country to allow the U.S. oil company to continue production.

The new license is contingent on an expected announcement from the Venezuelan government and its political opponents to implement a $3 billion humanitarian program using funds recently unfrozen by the U.S., and to resume talks to resolve the socialist country’s political crisis by implementing free and fair elections, the Journal reported.

The license would not be permanent and would require renewal in the future, but once granted, it would allow Chevron to operate in Venezuela under a sanctions framework similar to what was in effect in 2019 when former President Donald Trump’s administration implemented sanctions in an effort to oust Venezuela President Nicolás Maduro.

The move has been criticized by those who say it will incentivize hostile foreign nations to detain Americans in hope of gaining leverage over the Biden administration.

[READ NEXT: CNN Suffers Another Loss, But it Looks Like They Meant it This Time]