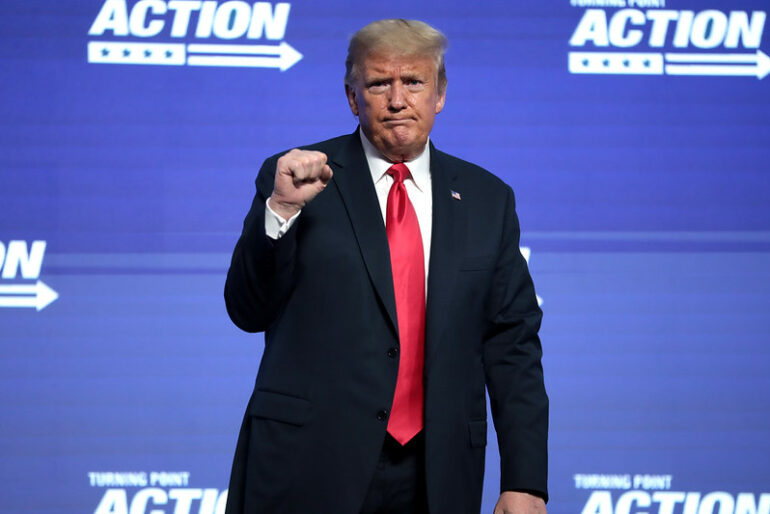 According to a Democratic strategist, former President Donald Trump’s third presidential campaign is “advantageous” to her party following the 2022 midterm elections.

Democratic strategist Sarah Norman told Fox Buisness’s Charley Payne that she believed if Trump won the 2024 presidential nomination for the Republican party it would have an extremely negative effect on on the party’s electoral prospect, just as it appears to have had in the 2022 midterms.

“As a Democrat, I do think it’s advantageous for us if Trump runs, because Trump doesn’t need to learn lessons from the midterm in order to get the nomination and I think he will continue the way that he is without those lessons,” she said.

Republican candidates favored by former President Donald Trump lost in midterm elections in which GOP predictions of a nationwide “red wave” did not materialize.

Democrats successfully pushed Trump-endorsed candidates in an effort to ensure easier victory in the general election.

A number of high profile conservative media and political figures have since come out and declared that it is time for the party to move on from Trump in light of the dismal midterm results.