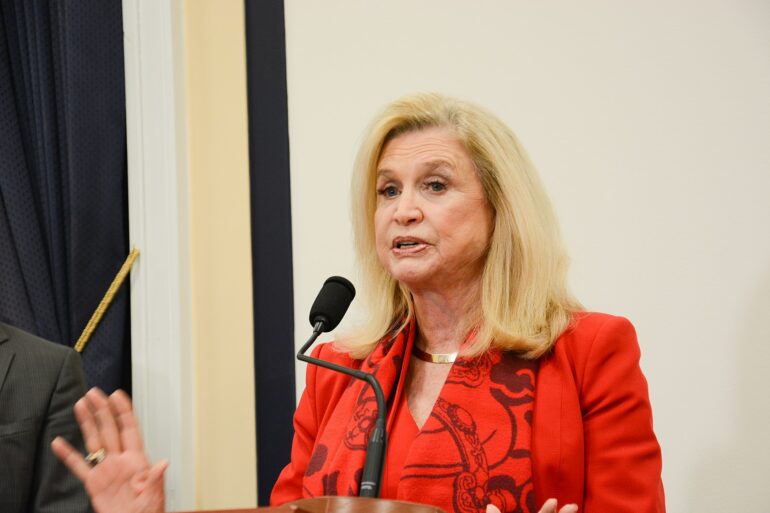 REPORT: Dem Exchanged Access for Tickets to the Met Gala

According to a new report by the Office of Congressional Ethics, Democratic New York Rep. Carolyn Maloney, the departing chairperson of the House Oversight and Government Reform Committee, may have sought or accepted prohibited gifts from the Met Gala (OCE) in exchange for access.

Requesting an invitation would be a violation of House Rule XXV, which states that members of Congress may accept a “offer of free attendance” only if it is “unsolicited.”

Since her election to Congress in 1993, she has represented the area that includes the Metropolitan Museum of Art, which hosts the gala.

After redistricting drove her into a member-versus-member race, which she lost to Jerry Nadler, she will not return to Washington in 2023.

Democratic Rep. Alexandria Ocasio-Cortez infamously donned an ostentatious white outfit with the words “Tax the Rich” written in red across the back while attending the Gala.

In an interview with OCE, Maloney stated that she could not “recall” any Gala “from 2015 forward” to which she was not invited.

However, according to emails obtained by OCE and included in the watchdog’s findings, Maloney personally sought tickets to the Met Gala in 2016.

Maloney’s name was crossed off a list of invitees to the 2016 party.

Maloney’s office had previously lobbied to maintain the Metropolitan Museum of Art in her old Twelfth District during New York’s 2020 redistricting.

Maloney’s district head of staff, Minna Elias, wrote a draft letter for a Hunter College official to submit arguing that the museum should remain in the congresswoman’s area. Harold Holzer, the executive, was the Met’s senior vice president for 23 years.

[READ MORE: Pompeo Calls Out Head of Left-Wing Teacher’s Union As ‘Most Dangerous Person in the World’]