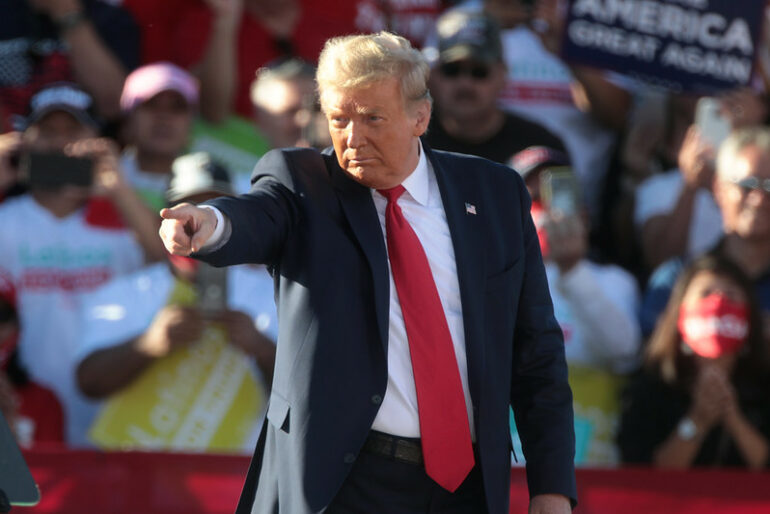 On Monday, a lawyer for former President Trump publicly advised Florida Gov. Ron DeSantis (R) to stay in his home state rather than run for president.

In addition she also claimed that former President Trump had essentially made the Republican Florida Governor.

“He needs to stay in Florida. Just stay where you are. You are doing a great job in Florida,” she said.

Trump recently took a noticeable shot at the Conservative Governor during a rally in his homestate in which he labeled DeSantis ‘Ron DeSanctimonious’.

On Monday night, while speaking at a rally for GOP Senate hopeful J.D. Vance Trump announced that he would make a major announcement on November 15th, which many expect to be his declaration of a 2024 presidential run.

As Trump prepares to run for president again, DeSantis has emerged as his most formidable opponent.

However, a day after receiving backlash from conservatives over the DeSantis remark, Trump pushed his supporters to re-elect the governor during a get-out-the-vote event in Miami for Sen. Marco Rubio.