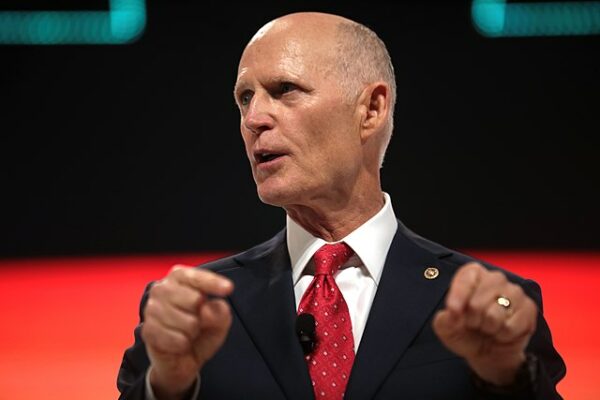 On Sunday, Scott fueled rumors about his leadership ambitions by refusing to rule out challenging McConnell, who claims he has the votes to win.

During an appearance with NBC’s “Meet the Press” on Sunday, Scott declined to support McConnell for majority leader.

When asked by Chuck Todd if he planned to run for Senate majority leader if Republicans won the Senate majority, Scott refused to give a straight answer.

“I’m not focused on anything except getting a majority Tuesday night.”  He said.

After Scott’s nonanswer, Todd concluded aloud that Scott running against McConnell for the role of majority leader was ‘a possiblity,’ an assertion that Scott did not deny.

Senate Republicans say Scott’s quiet on whether he may challenge McConnell is perplexing, given that he told CBS News in mid-February that he would be backing McConnell to serve another term as leader.

Since then their relationship has now become tense due to disagreements over political and fundraising tactics ahead of the midterm elections.

Biden Goes to War with GOP Over Disney

Scott is also a staunch supporter of former President Trump, who has clashed with McConnell and is expected to run for president again. That would be Scott’s primary edge over McConnell.

McConnell is no longer on speaking terms with Trump, who regularly insults him.