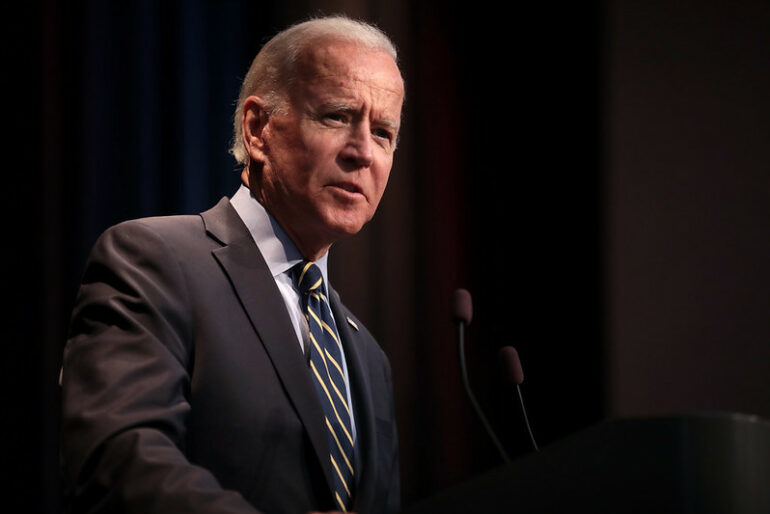 “We know in our bones that our democracy’s at risk and we know that this is your moment to defend it,” Biden said during a last-minute campaign event at Bowie State University.

In recent weeks the Democrat President has repeatedly claimed that ‘democracy itself’ would be on the ballot on election day.

The implication being that those who decided to vote against the Democratic party for any reason, were somehow also voting against democracy.

Rosen, on the other hand, slammed Biden for pursuing that message, which she said alienates voters who Democrats would need in 2024.

“Voters have told us all year what they care about, and I think we have focused on other things and I think the President’s closing message last night about democracy is on the ballot again is frustrating to people like me who, you know, don’t want to see half the voters in America alienated or being accused of aligning with fascists because they’re voting for their pocketbook,” Rosen stated during a CNN appearance.

In addition, other Democratic strategists and advisors have also spoken out in recent days against what they believe has been a disastrous midterm strategy by the Democrats.

Arizona Begins to Fill in Border Wall Gaps, in Swipe at Biden Admin

“Well, listen, a lot of the actual campaigns on the ground were focusing on the economy, but you’re correct, I think there was this kind of fool’s gold, this idea that the threat to democracy is so severe in the wake of this insurrection and wake of these election deniers possibly grabbing control of the government, that that was something that you had to talk about,” Jones said during his appearance.

Many pollsters, including the liberal leaning 538, are currently giving the GOP favorable odds to take both the House and the Senate once votes are finally all counted.

[READ MORE: Trump Endorses DeSantis Only One Day After Labeling Him ‘Ron DeSanctimonious’]