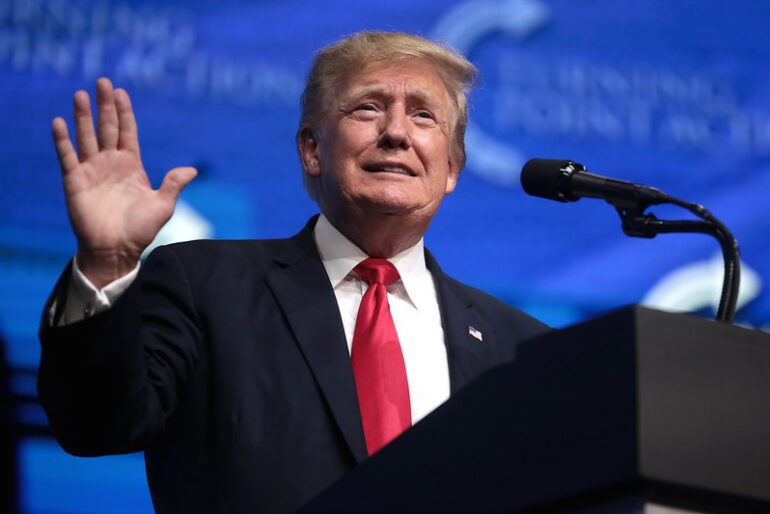 Trump Endorses DeSantis Only One Day After Labeling Him ‘Ron DeSanctimonious’

Former President Trump advised Floridians at a rally on Sunday that they should reelect Gov. Ron DeSantis (R), just one day after Trump dubbed his prospective 2024 opponent with the nickname “Ron DeSanctimonious.”

Trump conducted the event in favor of Sen. Marco Rubio’s (R-FL) reelection effort, although DeSantis was noticeably not present.

“The people of Florida are going to reelect the wonderful, the great friend of mine, Marco Rubio, to the United States Senate, and you’re going to reelect Ron DeSantis as your governor,”  Trump stated, in what amounted to an open endorsement of the Florida Governor.

Only a day prior Trump had taken a seemingly unprovoked jab at the popular Conservative Governor.

During a rally in Latrobe, Pa., in support of the state’s Republican nominees on Saturday, Trump took a dig at DeSantis while displaying rallygoers a recent poll of the 2024 GOP field, which showed the former president with 71 percent support, far ahead of DeSantis and other Republicans.

DeSantis is widely seen as the former president’s potentially most formidable opponent.

Axios previously reported that the Trump campaign is planning on officially announcing the the start of the former president’s 2024 campaign on November 14th.