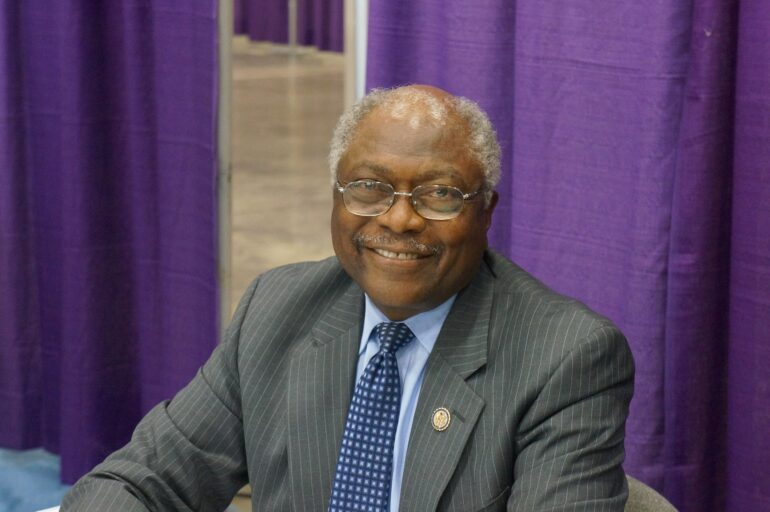 In an interview with Fox News Digital on Thursday, House Majority Whip James Clyburn warned that the United States is on course to become Nazi Germany.

According to Fox News Digital, Clyburn cautioned that the United States is on the same route as Germany was in the early 1930s.

“It’s what happens in a country that follows what happened in Germany in the early ’30’s. And I said this in 2018, it caught a lot of hell from a lot of people for having said it, but it was true then and it’s true now. This country is on track to repeat what happened in Germany when it was greatest democracy going, elected a chancellor who then co-opted the media. This past president called the press the enemy of the people. That is a bunch of crap. And we know it. And that’s what’s going on in this country.” Clyburn claimed.

Clyburn then claimed that Americans should be more concerned about democracy than focusing on pocketbook concerns like crime and inflation.

President Biden delivered an unplanned speech on Wednesday, his final big address before Election Day, in which he appeared to blame the Paul Pelosi assault on the right, while also accusing Republicans of encouraging political violence, election denialism, and voter intimidation.

Ironically Clyburn was also among a number of Democrats who voted against granting President George W. Bush Ohio’s electoral votes in 2005, despite Bush winning the state by more than 118,000 votes.

Clyburn is a senior member of the House Democratic leadership and the Congressional Black Caucus, making his statements particularly influential within the Democrat party.