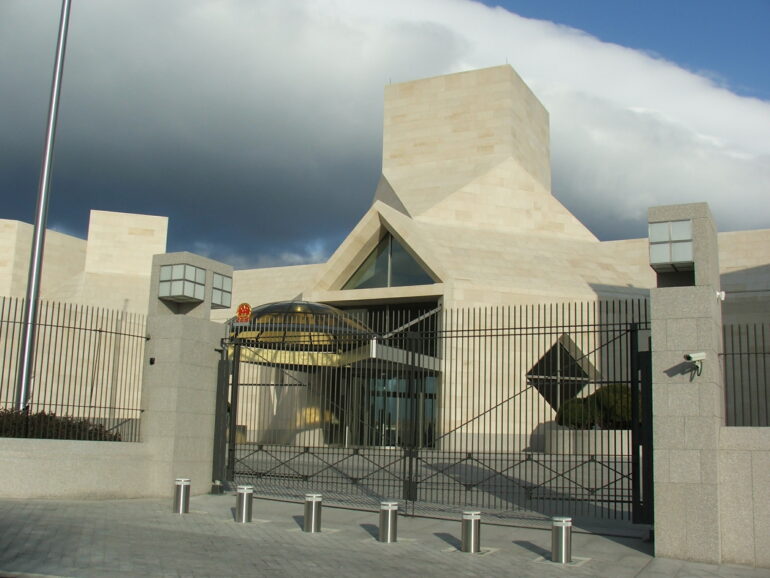 Democrat Staffer Fired After Being Caught Working With Chinese Embassy

According to a new report from National Review, a staffer for Democratic Virginia Rep. Don Beyer has now been unceremoniously dismissed for allegedly trying to work on the behalf of the Chinese Embassy in Washington to try and set up meetings with other Congressional aides.

For at least three months, the staffer, Barbara Hamlett, reportedly sought out to other Congressional staffers and attempted to organize meetings between them and Chinese Embassy officials, according to the reporting from National Review.

Beyer dismissed Hamlett immediately after learning of the claims against her and conducting an their own investigation into the matter.

Beyer employed Hamlett as a scheduler in his office.

Though she did work in a congressional office, Hamlett allegedly had no access to any crucial national security information that she may have given to the Chinese.

It remains unclear exactly why she was attempting to arraign the meetings between other congressional staffers and representatives of the Chinese embassy in Washington.

The House Sergeant at Arms (SAA) allegedly informed Beyer of the concerns on Tuesday, leading Beyer’s staff to conduct an investigation on Wednesday.

Beyer’s office has acknowledged that Hamlett had tried to set up meetings with workers from at least two Republican Congressional offices and officials from the Chinese embassy.

Hamlett was then fired.

It remains unknown whether Hamlett was acting on her own initiative or as part of a broader conspiracy to aide the Chinese government.

On Monday, Attorney General Eric Garland unveiled a slew of charges against Chinese firms and individuals he alleged have been involved in a conspiracy to try and obstruct a federal investigation into the Chinese tech firm Huawei.

Two of the men charged in the case allegedly attempted to pay off a US government official they believed to be on their side to the tune of $61,000 in exchange for sensitive information on the Justice Department’s case against the company.