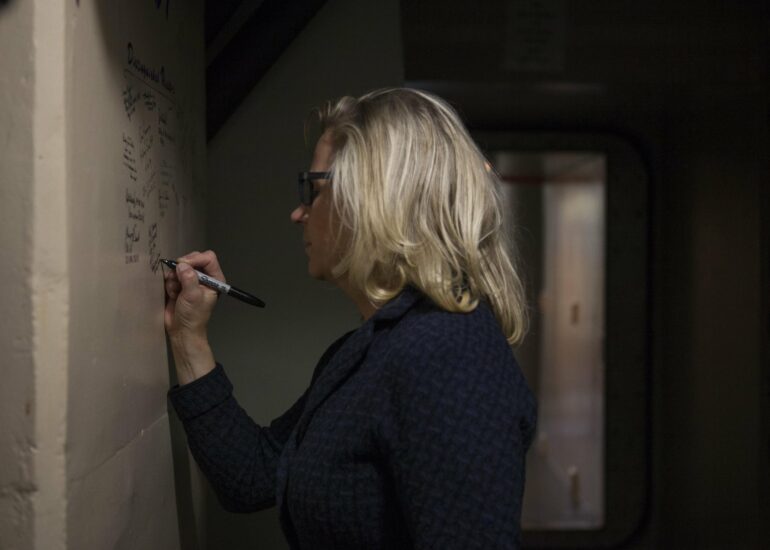 Her leadership PAC, Great Task PAC, will play the ad in the state on television, internet, and streaming platforms as part of a larger $500,000 media buy. NBC News broke the story first.

“I don’t know that I have ever voted for a Democrat. But if I lived in Arizona, I absolutely would. You have a candidate for governor, Kari Lake, you have a candidate for secretary of State, Mark Finchem, both of whom have said that they will only honor the results of an election if they agree with it,” Cheney says in the ad.

“And if you care about the survival of our Republic, we cannot give people power who will not honor elections.” The ad continues.

Cheney’s advertisement comes right on the heels of her decision to back Rep. Elissa Slotkin (D-Mich.) for reelection against Republican Tom Barrett.

Cheney was previously defeated in the GOP primary for her Wyoming congressional seat, making her unable to compete in this year’s midterm elections.