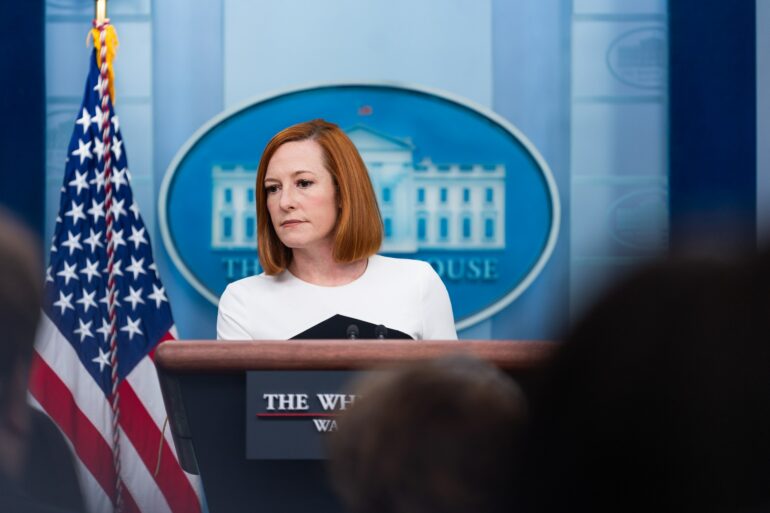 The former White House press secretary turned NBC News contributor appeared on Morning Joe on Friday to try and analyze the political vibes inside her party, which is contending with close contests in crucial states along with sagging polling numbers across an array of different surveys.

“What we heard there and what you saw on the screen is similar to a lot the conversations Democrats are having behind the scenes and people I talked to as well,” Psaki asserted. “People are fearful about where the momentum is going in some of these cases.”

“People are trying to get … a lot of people I talked to are worried about voters being encouraged and excited about people at the top of the ticket, and maybe not excited enough to vote for the congressional candidates, and that’s a real concern.” She continued.

“So I think it’s a reflection of the Democrats are worried about where this is going. We only have 11 days to go here. That’s why I think you see Barack Obama, Joe Biden, all of these people out on the trail because they’re trying to light a fire with Democrats right now.” She added.

She then discussed her recent trip to Braddock, Pennsylvania, the hometown of Senate candidate John Fetterman, where she discovered that sentiments about the two candidates were already very entrenched.

She then suggested that the recent poor debate performance of John Fetterman would have little to no impact on the outcome of the race, and that instead the candidate with the best operation to turn out voters would likely prevail.