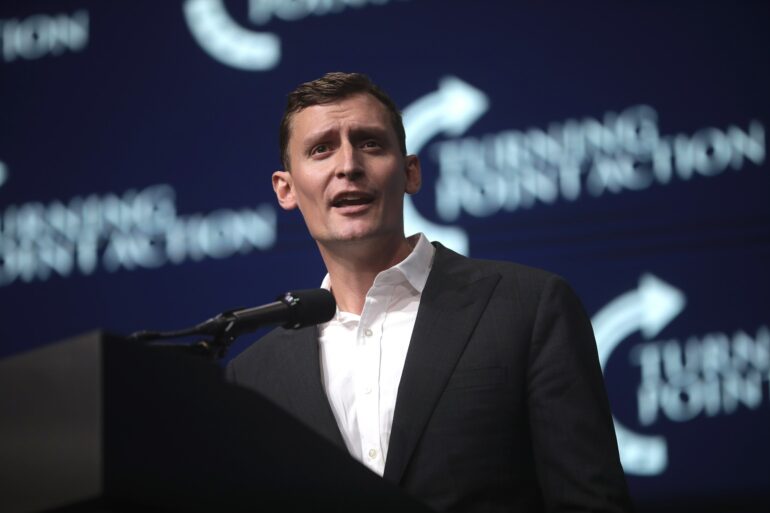 The Cook Political Report said on Thursday that it will downgrade the Arizona Senate race from “lean Democrat” to “toss up” less than two weeks before the November midterm elections.

Cook’s editor covering the race said the nonpartisan election handicapper was shifting the race back to a “toss up” because recent private polling showed the race between Sen. Mark Kelley (D) and Republican Blake Masters tightening up despite Democrats outspending Republicans in the state by a 2-to-1 margin.

Dissatisfaction with President Joe Biden’s job performance, as well as a strong campaign by gubernatorial challenger Kari Lake, have helped Masters bridge the majority of the difference with Democratic Sen. Mark Kelly.

Republicans have now expanded their route to a potential Senate majority by putting the Arizona Senate race, which was once considered to be heavily leaning toward Democrats, into play.

Even recent public polls have revealed that the two are now both polling inside the margin of error.

A survey issued on Wednesday by the left-wing group found the contenders were now deadlocked at 47 percent apiece, a terrible result for Kelly who has given up significantly polling ground since the start of the race.

In August, the Senate Republicans’ campaign arm cut expenditure in the race, and in September, a super PAC affiliated with Senate Minority Leader Mitch McConnell (R-Ky.) canceled $9.6 million in spending in the state.

Former President Trump, for his part, has visited Arizona twice this year, but has decided to avoid the state in a last-minute campaign push.

If Republicans can hold Pennsylvania, and Wisconsin, they can then win control of the Senate by then going to take out one of the Democrat’s more vulnerable incumbents in races like Nevada or Georgia.