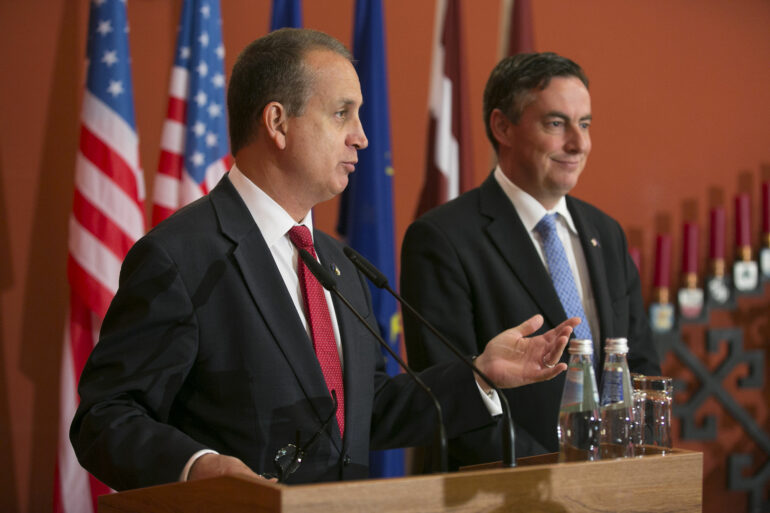 An ex-CIA official reportedly attempted to target a Republican congressman for an influence campaign on behalf of the government of Qatar as a way to try and oppose legislation that would have labeled The Muslim Brotherhood, a radical Islamic political movement sponsored by the country, as a terrorist group.

The shocking situation was uncovered by an in-depth investigation carried out by the Associated Press.

Rep. Mario Diaz-Balart (R-FL) claimed that he was unaware he was the focus of a prospective influence campaign, as uncovered by the investigation.

According to the investigation, Kevin Chalker, a former CIA officer and the founder of the consulting firm Global Risk Advisors, is now being investigated by the FBI for possible violations of U.S. laws governing foreign lobbying, surveillance, and the export of sensitive technologies and tradecraft to foreign nations.

According to the investigation, the firm used spycraft to acquire information on Diaz-Balart over legislation presented in 2015 that would have branded the radical Muslim Brotherhood group a terrorist group.

While the Muslim Brotherhood is backed by nations like Qatar and Turkey, it is considered a dangerous terrorist organization by countries like Saudi Arabia the UAE and Israel.

Diaz-Balart reintroduced the bill alongside Sen. Ted Cruz (R-Texas) in November of 2021, but both the House and Senate versions appear to have been blocked.

Chalker’s company had allegedly been hired by Qatar to improve the country’s image in Washington and to downplay its many connection with radical Islamic groups like the Muslim Brotherhood.

In addition to this more regular style of lobbying Chalker’s group is also alleged to have attempted to arraign high level meetings between Qatari officials and high ranking members of the Central Intelligence Agency as well as trying to damage the reputations of U.S. politicians they believed were enemies of Qatar.

Qatar hosts US Marines at Al Udeid Air Base and will host the World Cup soccer event in 2018.

[READ MORE: Washington Post Backs Republican Candidate Over Democrat Because He is Against the ‘MAGA Wing’ of the GOP]