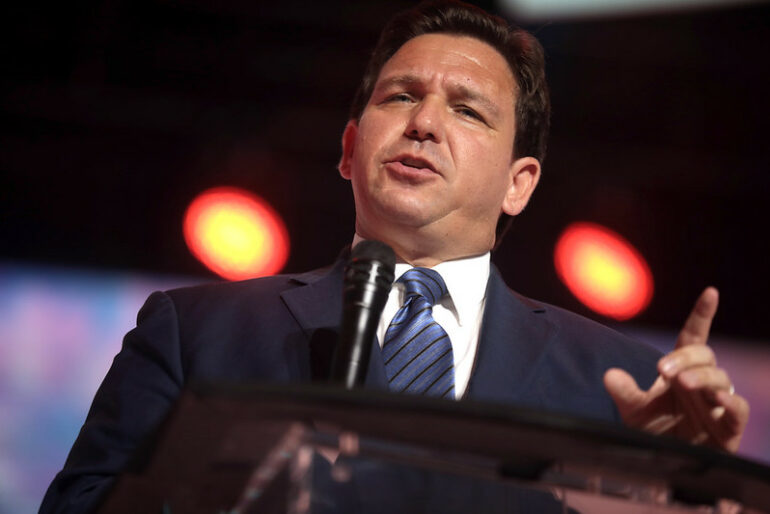 Florida Governor Ron DeSantis (R) declined to rule out a presidential run in 2024 after being questioned about it during a live debate with former Democratic Rep. Charlie Crist on Monday evening.

The two battled it out during their first and only debate before the Nov. 8 election in Tampa.

Crist, who is behind significantly in the polls, tried his best to make an issue of DeSantis’s potential 2024 presidential ambitions but ended up walking into a zinger of a rebuttal from DeSantis.

“Yes or no, Ron. Will you serve a full, four-year term if you’re re-elected governor of Florida?” Crist asked later

After some more back and forth DeSantis shot back brutally.

“Well, listen, I know Charlie is interested in talking about Joe Biden and 2024, but I just want to make things very, very clear. The only worn-out old donkey I’m looking to put out to pasture is Charlie Crist.”

The exchange took place after the two had a heated debate over Florida’s economy, real estate prices, and inflation.

Although DeSantis has not officially confirmed his desire to seek the Republican presidential nomination in 2024 many observers suspect he may run, in the process potentially even taking on former President Donald Trump in the primaries.