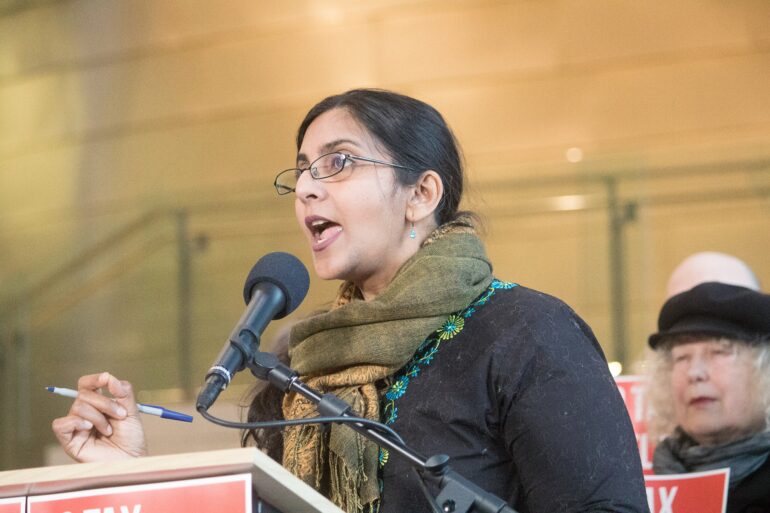 Seattle Council member Kshama Sawant chastised the city’s police department on Wednesday for its handling of “disturbing events” at her residence.

Bags of human feces, according to Sawant, have been put on the lawn of her private property six times, including last week, and the Seattle Police Department has failed to adequately investigate.

According to Sawant, the police ignored two witnesses, refused to test the feces, did not take video footage taken by a neighbor, and did not examine a recent email sent to Sawant in which the sender refers to her as “the queen of [expletive].”

“The material used in these repeated attacks is classified as biohazardous waste. The police informed me the material can’t be sent to their lab for further investigation due to its hazardous nature. That seems quite odd considering that hospital labs do tests on human fecal matter all the time, but it does speak to the danger of having it repeatedly thrown in one’s yard,” Sawant claimed in a letter to the police department.

The police department refused to disclose any reports on the occurrences on Wednesday, citing an ongoing investigation, but said it is investigating Sawant’s claims.

Sawant is a socialist and considered one of the most far-left members of the Seattle city council, she has also backed a number of extreme soft-on crime policies.