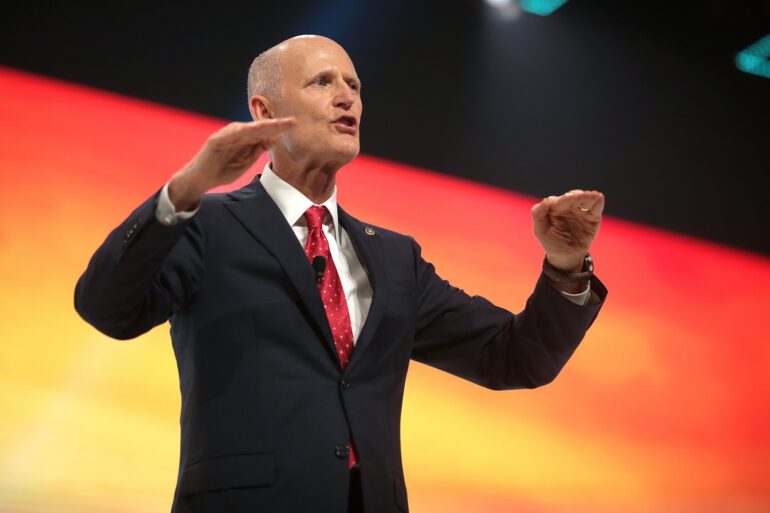 Scott highlighted his optimism about Republicans’ chances of retaking the Senate in the 2022 midterm elections at a get-out-the-vote event with North Carolina congressman and Senate candidate Ted Budd.

Scott claimed that the GOP has more enthusiasm than the Democrats because Americans are tired of the Biden administration after two years of incompetence and economic chaos.

“The energy is on our side. People are fed up with the Biden agenda.” He continued.

He also noted a number of surveys that suggest Republican candidates are within striking distance in a number of critical states, many of which they had previously been written off in.

First, Scott cited contests in Wisconsin and Nevada where the GOP has routinely won.

According to a Marquette University survey, Johnson has a six-point advantage over Barnes.

In Arizona, Scott claimed that the Republican Party had “defined” incumbent Democrat Mark Kelly, and that Republican “Blake [Masters] is barely behind.”

In Arizona, Scott claimed that the Republican Party had “defined” incumbent Democrat Mark Kelly, and that Republican “Blake [Masters] is barely behind.”

Scott also mentioned Colorado and Washington as areas where Republicans may spring a surprise.

The gains would constitute a staggering victory for Republicans and disastrous defeat for Democrats if Scott’s predictions come true.