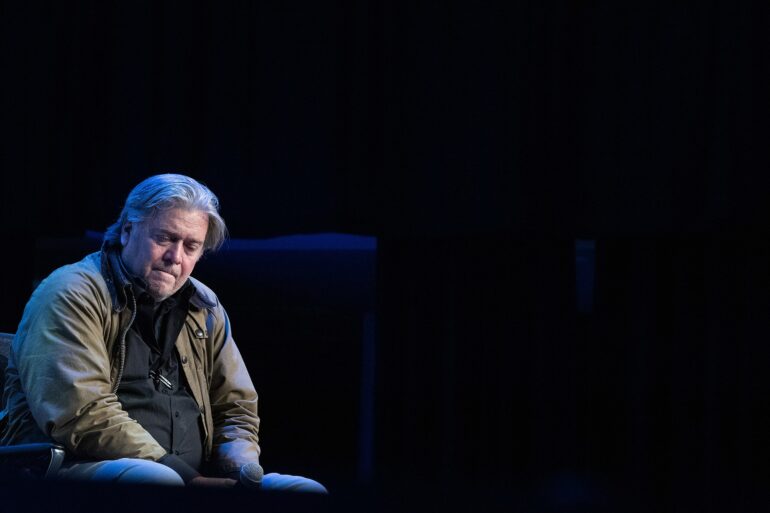 The Department of Justice is now demanding that former White House chief strategist Steve Bannon be sentenced to six months in jail and punished for refusing to comply with a subpoena issued by the January 6th committee.

The suggested sentence comes after a jury convicted Bannon in July on two counts of contempt of Congress after he refused to comply with a Jan. 6 committee subpoena to appear for questioning.

The former Breitbart boss had claimed he was not obliged to disclose records or testify because he was protected by the former president’s declaration of executive privilege, which he alleged outweighed the legal clout of a congressional subpoena.

Ultimately, Bannon chose not to testify or summon any witnesses in his defense during his July trial, and the jury found him guilty after only three hours of deliberation.

The committee sought evidence from Bannon on Jan. 6 because of his participation in meetings at the Willard Hotel in the days leading up to the Capitol disturbance, which acted as a “command headquarters” for Trump loyalists intending to contest the 2020 election results.

The former top strategist is one of four Trump confidants who have been held in contempt of Congress for refusing to comply with a subpoena issued by the House Oversight and Government Reform Committee on January 6.

The Justice Department finally decided not to seek contempt charges against Meadows or Scavino, but is now drafting charges against Navarro, who is scheduled to stand trial in November.

The Department is also reportedly seeking a $200,000 fine from Bannon in addition to the six month jail sentence.