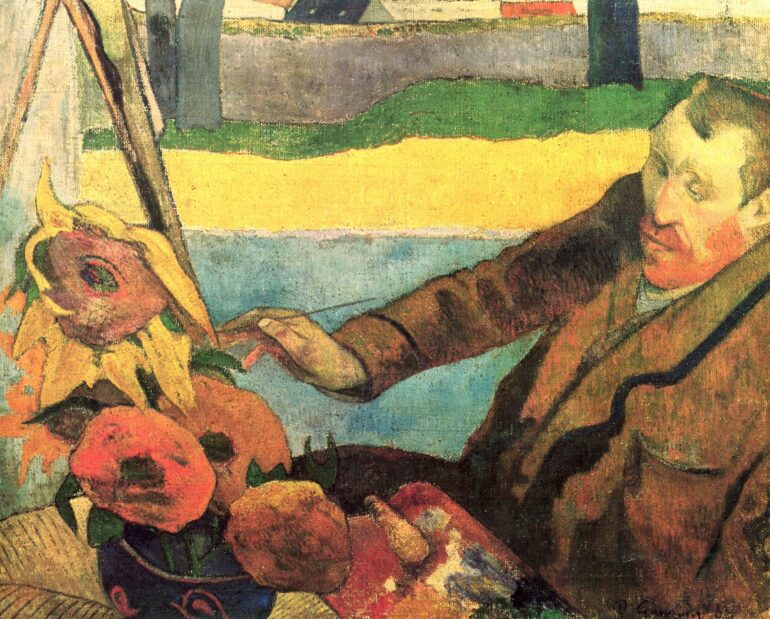 Protesters against fossil fuels were detained after splattering a can of Heinz tomato soup over Vincent van Gogh’s famed “Sunflowers” artwork inside London’s National Gallery.

Anna Holland, 20, and Phoebe Plummer, 21, committed vandalism within the museum on Friday morning before attaching themselves to the wall beneath the $85 million artwork from 1889.

According to the activist organization, Just Stop Oil wants the British government to block all new oil and gas projects.

Plummer seemed unrepentant following her arrest, saying “Is art worth more than life? More than food? More than justice?”

The Metropolitan Police in London said both individuals were detained on suspicion of criminal damage and aggravated trespass.

Just Stop Oil has received attention and criticism for its targeting of museum artworks. In July, activists from Just Stop Oil fastened themselves to the frame of Leonardo da Vinci’s “The Last Supper” at London’s Royal Academy of Arts, as well as John Constable’s “The Hay Wain” at the National Gallery.

During the two weeks of protests, activists also blocked bridges and intersections around London.