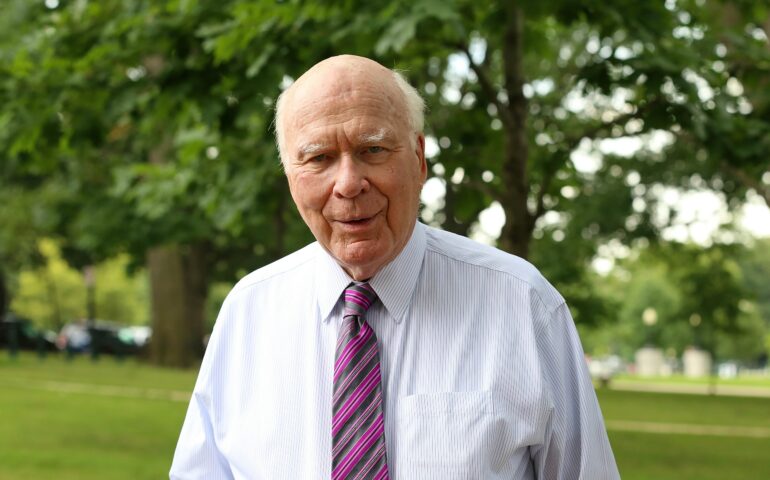 Senator Patrick Leahy was reportedly “not feeling well” on Thursday and was sent to the hospital for observation, according to his office.

According to his office, the most senior Democratic senator in the line of presidential succession was brought to a hospital in the D.C. region “for testing, as a precaution.” Doctors advised Leahy to stay overnight.

After debating whether to compete for re-election, the Vermont Democrat has decided to leave the Senate at the end of the year after eight terms in the Senate.

It’s a career that has seen him lead the Appropriations Committee and serve as Senate pro tempore, putting him third in the presidential succession line.

Leahy also often opens the Senate, as he did this week.

Leahy, 82, was hospitalized temporarily at the outset of Democrats’ 50-50 Senate control in 2021, then injured his hip in a tumble this year.

The Senate is presently on recess until after the November midterm elections. Rep. Peter Welch (D-VT) is the favorite to succeed Leahy in a contest against GOP challenger Gerald Malloy.

Which party controls the Senate will determine whether either Sen. Dianne Feinstein (D-Calif.) or Sen. Chuck Grassley (R-Iowa) will take over as Senate pro tempore from Leahy.

Leahy’s office announced that they will release updates on the Senator’s condition “as needed.”