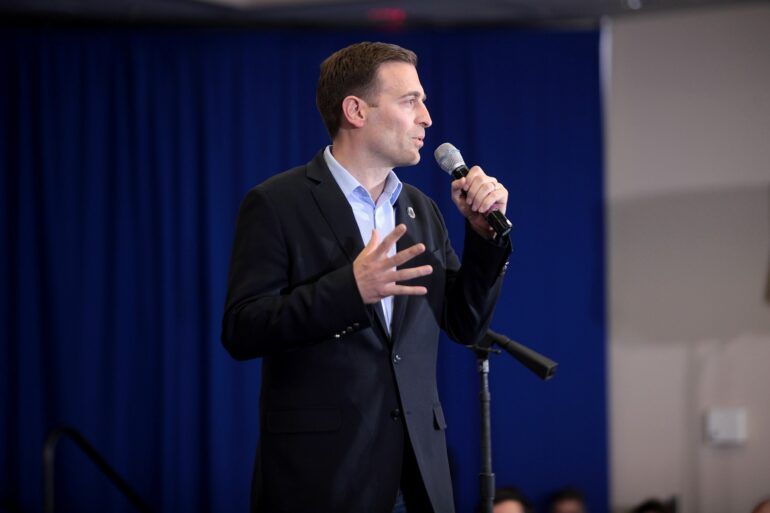 The midterm elections now appear to be looking more and more like they may turn out to be a major victory for the GOP, and potentially result in the party winning control of both houses of Congress.

At least this appears to be what the prognosticators at RealClearPolitics now appear to be thinking, as they have updated their midterm projection map to now show Republicans winning control of the Senate by two seats.

The move comes as new polling now showing a Republican surge in key states, like Pennsylvania, were GOP candidates had previously been struggling.

But, according to Nate Silver at FiveThirtyEight, it could be the Senate Race in Nevada that could really turn out to be the GOP’s ‘Ace in the Hole.’

While Nevada has historically been a relatively reliable state for Democrats seeking state wide office, it now appears that that particular piece of conventional political wisdom may be about to change as the Democratic Senate nominee begins to seriously lose ground to her Republican challenger.

Cortez Masto, who is running for reelection this year, is lagging her Republican opponent, Adam Laxalt, the state’s former attorney general, in the polls.

Overall a Democrat loss in Nevada could very likely spell doom for their prospects of retaining control of the Senate.

The math is straightforward. If Democrats win a seat in Pennsylvania, where Lt. Gov. John Fetterman is expected to win, Republicans would need to pick up two seats to retake control of the Senate, with Nevada and Georgia being the most likely targets. If Fetterman is defeated, they will need one of the two.

One of the major new challenges Democrats face in Nevada is the state’s demographic makeup, which does not seem to favor the party’s new focus on black and college educated white female voters.

Instead, Nevada is comprised of many voters who do not have a college degree, a very small number of black voters, and a growing population of working class black and hispanic individuals, a group the Democratic party has continued to alienate as it drifts ever further leftward on many social issues.

Regardless of things end up in Nevada, it now seems clear that the tenor of the midterm race has changed significantly, with Democrats now firmly on the defensive and trending toward a potential major loss in both the House and the Senate come November.