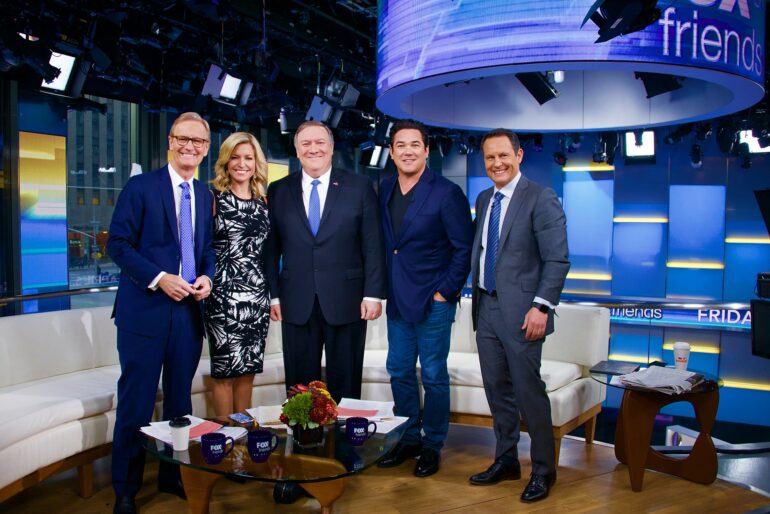 Brian Kilmeade clashed with John Kirby on the United States military’s recruiting problems during the latter’s appearance on ‘Fox and Friends,’ which the Fox News anchor blamed on laws requiring service members to be vaccinated against Covid or be expelled from service.

On ‘Fox & Friends’ on Tuesday, the National Security Council Coordinator for Strategic Communications, John Kirby, attempted to defend President Biden’s decision to expel U.S. military members who have not been vaccinated. Host Brian Kilmeade soon began to push back however.

As Kilmeade ran through the statistics on how many US military members are still unvaccinated, he asked Kirby, “you, as an admiral who knows what it takes and the sacrifice you make to join the military, to get kicked out like this, can you possibly talk some sense into this White House to reverse policy?”

Kirby attempted to defend the mandate as “a valid health requirement,” going on to say “you want your troops to be ready, and part of being ready is being healthy and not having the ability to infect your unit and make their unit readiness any worse than it is.”

Kirby then noted that he was currently dealing with his own case of Covid-19.

Kilmeade was having none of it however, firing back “We all know that this vaccine does not address any of the variants we are currently experiencing,” he said “So, therefore, this minimal positive to get it now, which is why you don’t talk about it. To invest in our people and train them and then dismiss them for an experimental vaccine is folly when you can’t recruit. Every one of your branches can’t recruit their threshold, yet you are kicking out good men and women. How do you explain that?”

Kirby and Kilmeade then began a spirited back and forth over the mandate with Kilmeade going ton to accuse those backing the requirement of risking U.S. national security for no real benefit.

“So it’s worth kicking out the healthiest people in our country who are already sacrificing? It’s worth kicking them out?” Kilmeade noted. “This is an experimental vaccine that just came off the shelf. I know it’s not valid, and it’s risking our national security.” he continued.

[READ MORE: Biden Reveals He Plans to Run Again in 2024 During Conversation with Al Sharpton]