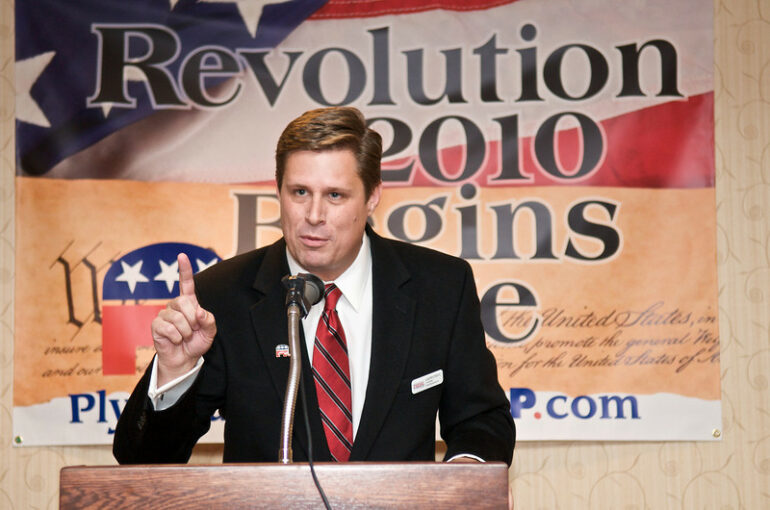 Geoff Diehl — a former State Representative– won the GOP nomination for governor after receiving an endorsement from former President Trump.

“Geoff Diehl, on the other hand, is a true patriot, a believer in low energy costs and our independent energy policy,” said Trump.

In his endorsement of Diehl, Trump used it as an opportunity to label current Gov. Charlie Baker a “RINO” or “Republican in Name Only”.

Diehl likely faces an uphill battle as he head to November against Democrat nominee Maura Healey in the general election. A poll from July showed Healey leading Diehl 54%-23%

Diehl was the Trump’s only endorsed candidate to win on Tuesday night, but he’s primary win rate still stands at a high win rate.

The last remaining states to hold primaries for 2022 are set to take place on Tuesday, September 13th as Rhode Island, New Hampshire and Delaware head to the polls.

[READ NEXT: Trump Unleashes a New Line of Attack on Fox News]