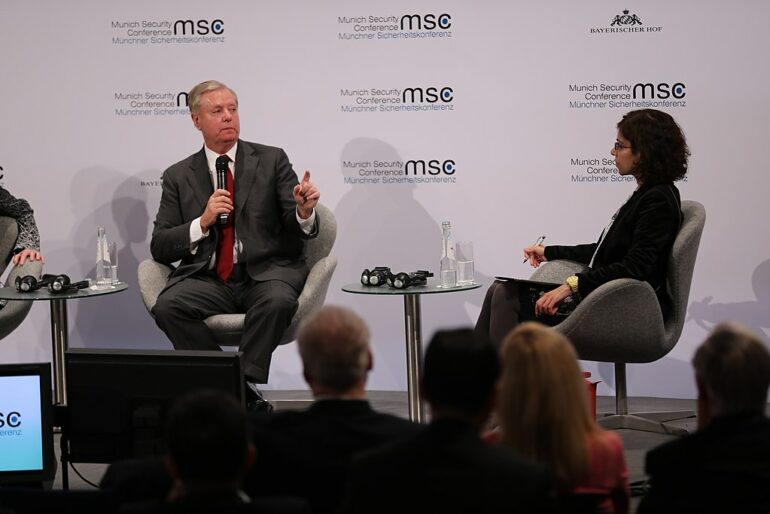 Carlson is not new to the opposition team of Lindsey Graham. The Fox News star has been critical of the Republican senator for his warmonger tendencies, which he says are bad for the party.

“In a special election last week in New York’s 19th congressional district, Democrat Pat Ryan beat Republican Marc Molinaro,” the host said. “Now, in a red wave year, you would’ve thought the opposite would happen. And this was a very tight district. This district went to Joe Biden by a point and a half in the last election.”

Carlson then suggested that the GOP is alienating its own voters.

“There’s evidence that the Republican Party may be at fault by alienating its own voters and not getting them to the polls,” Carlson continued. He noted that earlier this year, Molinaro, a county executive in upstate New York, ordered a county office building illuminated with Ukraine’s colors to express solidarity as Russian began its invasion of the country.

Carlson said voters care about domestic issues like the border and crime, and not Ukraine.

He then gave his marching orders to Graham.

It is unclear if Graham will respond.

[READ NEXT: Infighting Among GOP Senators Heats Up]