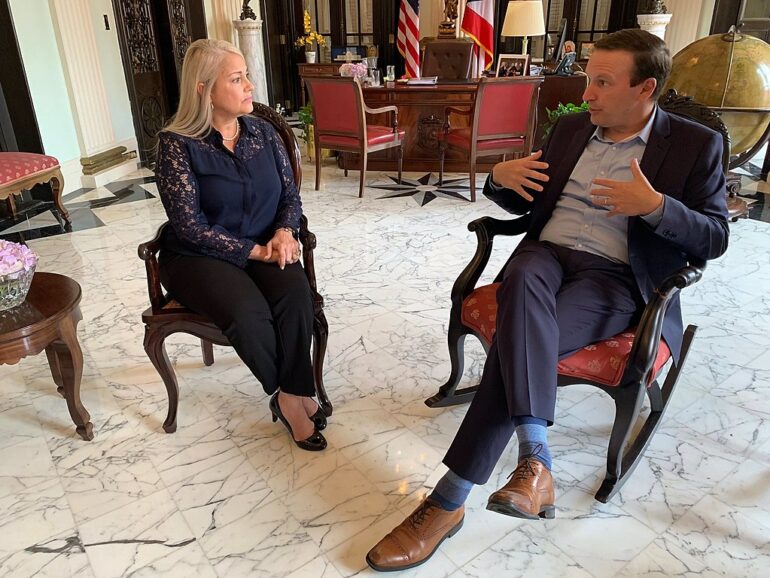 The former Democrat Governor of Puerto Rico, who famously battled with Donald Trump, has been arrested.

Wanda Vasquez, who also served as Puerto Rico’s Secretary of Justice, was arrested by the FBI on corruption and bribery charges, The New York Times reports.

Vasquez is accused of taking money from Venezuelan banker and political donor Julio M. Herrera Velutini, in exchange for her naming a regulatory official of his choosing.

Hererra offered to pay $300,000 for political consultants in exchange for the replacement of the island’s top banking regulator, and Vasquez agreed.

The money was funneled through a former FBI Special Agent. That former agent Mark T. Rossini was a consultant to Mr. Herrera.

Rossini, before September 11th, was assigned to a CIA task force to investigate Al Qaeda.

However, he was criminally charged and pled guilty to those charges for illegally running unauthorized searches on government computers.

All three involved were charged with conspiracy, federal programs bribery, and honest services wire fraud. They all face up to 20 years in prison if convicted.