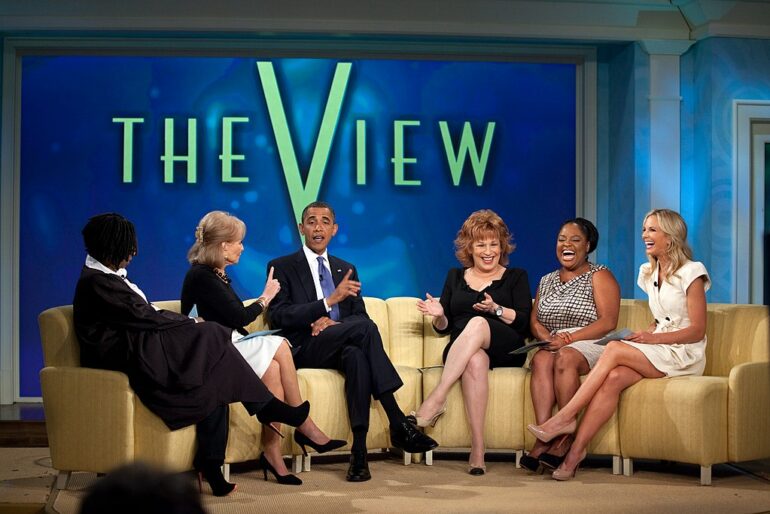 Conservative Group Gets Apology From ‘The View’ After Wild Attack

ABC’s “The View” was forced into apology mode after receiving a cease and desist letter was sent to them following an unfounded attack on a conservative group.

At issue were Behar’s comments stating, “Neo-Nazis were out there in the front of the conference with antisemitic slurs and, you know, the Nazi swastika and a picture of a so-called Jewish person with exaggerated features, just like Goebbels did during the Third Reich.”

Whoopi stated that the group “let them in.”

Following the letter over the comments ABC’s “The View” issued an apology, but oddly had a host who was not Behar or Goldberg issue it.

Co-Host Sara Haines was tasked with the apology:

TPUSA Spokesman Andrew Kolvet responded expressing disappointment in the apology, “Whoopi is the one who said it… She should be the one to offer the apology,” he told The Daily Caller.

The event held by TPUSA also made headlines in the Republican party with a straw poll on who Republicans wanted to be the nominee for President in 2024. Ron DeSantis and Donald Trump are front runners for the nomination but one of them won the poll in spectacular fashion. We reported on that here.