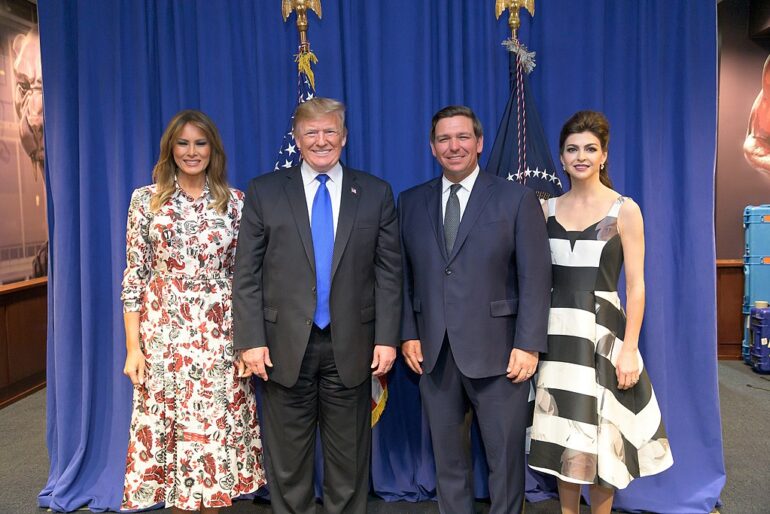 The poll was conducted of conservative youth activists from across the country. It asked, “If Donald Trump DID run and the 2024 presidential primary offers the following choices, for whom would you vote.”

Trump, who’s likely to be encouraged by the results, spoke at the conference on Saturday evening. During his speech, he hinted at a 2024 White House campaign.

[N]ow we may just have to do it again.

“If I stayed home, if I announced that I was not going to run for office, the persecution of Donald Trump would immediately stop,” Trump also said later in the speech. “But that’s what they want me to do. And you know what? There’s no chance I do that.”

Trump closed his speech saying that with President Biden’s presidency, his reelection slogan of “keep America great,” is now outdated. But, Trump said, “we will make America great again.”

Trump is rumored to be launching his campaign soon.

The 2024 race for the White House may get started sooner than we think. The Washington Post reported, “The former president is now eyeing a September announcement, according to two Trump advisers, who like some others interviewed for this article spoke on the condition of anonymity to describe private conversations. One confidant put the odds at ’70-30 he announces before the midterms.’ And others said he may still decide to announce sooner than September.

Trump has begun talking with advisers about who should run a campaign, and his team has instructed others to have an online apparatus ready for a campaign should he announce soon, two people familiar with the matter said. He also has begun meeting with top donors to talk about the 2024 race, one of these people said, while on trips to various places across the country.”

A Trump presidential announcement before the November midterms would be an early announcement by campaign standards, but Trump has never been one for decorum.